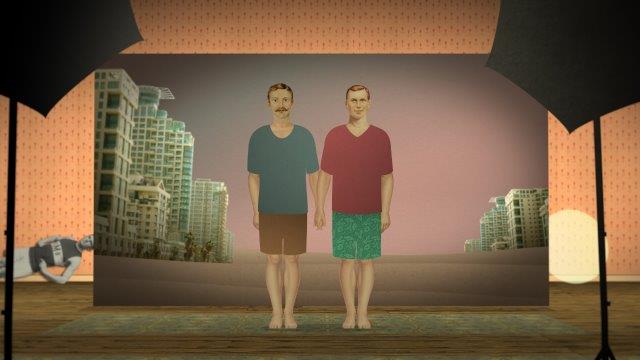 Sears, a #failing American mass retailer (which was co-founded by Mr. Sears, Mr. Roebuck, and the real brains… Mr. Julius Rosenwald) has caused a good deal of controversy this week by selling anti-Israel t-shirts and hoodies in time for the celebration of Yom Yerushalyim. The red, white, green and black apparel pieces promote a “Free Palestine” message and encourages shoppers to “Make a statement about the Arab-Israeli conflict with this powerful design.” They are actually sold by a third partner vendor, Spreadshirt Inc. Spreadshirt is based in Germany. Sears also sells appaarel wil pro-Assange, pro Trump, anti Trump, and other messages that can piss off some shoppers. Nevertheless, someone at Sears probably approves the merchandise prior to sale, and Sears offers buyers reward points, so I can still slam SEARS. They knew the risk when dealing with a third party. And today their stock is down -3%. Maybe it is a ploy so that Fairholme’s Bruce Berkowtz, who sits on the Sears’ board and owns over 2% of the outstanding equity can buy more shares at a discounted price. My request to Sears’ Media and Investor relations have gone unanswered. I will forego adding the link to the merchandise. To tell Sears of your displeasure, visit HERE.

Speaking of a rocky time, a Bismark (South Dakota) paper reports on the 100+ Jews who showed up in May to pay respect to a small Jewish cemetery of their ancestors. In the early 1900’s, Jewish families made Ashley, SD, the location of the largest of any Jewish homesteads in the area. Many were sponsored by the New York-based Jewish Agricultural Aid Society The started a shul and buried 22 of their members in the cemetery. A minyan of them died in the 1918-19 flu epidemic. In May, their descendants visited to rededicate the cemetery and share family stories. (All of the homesteaders had to give up before WWII. The land was just too rocky for successful farming; State geologist Ed Murphy said he couldn’t characterize the county as the rockiest in North Dakota, but it is prolific.)

Speaking of heroes, the Jewish Journal in Los Angeles profiles Rafael Sivron with a cover story. Sivron is an unsung, little known hero of Israel’s Six Day War in June 1967. Without his leadership, the Egyptian and Syrian Air Forces would not have been easy targets for Israel’s jets. Read the story HERE.

The 69th annual Celebrate Israel Parade in New York City on Sunday June 4, was a big success, Except for the five representative of the Jewish Voice for Peace who were arrested for attacking parade participants from five Jewish LGBTQAA organizations, including Jewish Queer Youth. Rebecca Vilkomerson, the Executive Director of Jewish Voice for Peace said that her group, “wanted to interrupt the parade and bring the message that apartheid and occupation are nothing to celebrate.” She specifically targeted the gay groups and infiltrated it with gay and trans members. Near the end of the parade, they damaged the groups’ speaker systems, and began to chant anti-Israel slogans. It was reported that another member of what appears to be the homophobic JVP wrote that his group took pride in targeting gay groups and had no intention of apologizing. (Next time your campus plans to invite a speaker from JVP, please remember that they appear to have morphed into a hate group)

Speaking of hate… there are some in England who are freaking out at Rabbi Dweck, the leader of London’s central Sephardi S+P congregation. In a speech last month, Rabbi Dweck said that people who have issues with expressions of same-sex love have issues with their own heads and not with the Torah. He expressed that signs of affection between two men or two women are not awful. That is when the cholent hit the fan. While the Jewish Chronicle said that his 97 minute speech was “courageous” and “nuanced” and a “a sophisticated attempt to offer a view which is both faith to an Orthodox understanding of the Torah and at the same time open to new ways of thinking,” some other people asked that his comments be condemned, or worse, some rabbis have made vile hateful comments against him. In the words of DJ Trump, #SAD. The saga, like the UK Elections, continues.

Speaking of elections, for those in Manhattan, check out the Sheba Film Festival in Harlem, which will screen DOING JEWISH – A STORY FROM GHANA