20 Years in Jail for Boycotting Israeli Couscous? Senate Bill 720 and You 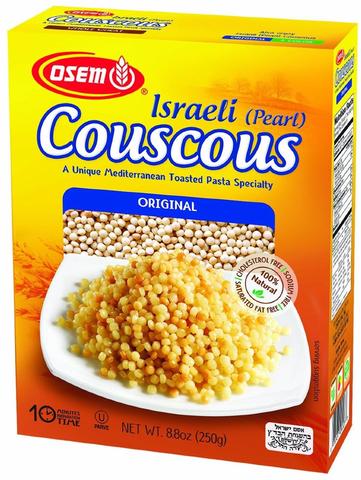 If U.S. Senator Ben Cardin (D, MD) has his way, the political boycott of Israeli products might be a felony.

Is it enforceable? Probably not.

Is it constitutional? Probably not**.

Is the ACLU happy with it? Definitely not.

I am writing about S.720 – Israel Anti-Boycott Act which was referred to the Senate Banking Committee in March 2017.

This proposed bill declares that Congress: (1) opposes the United Nations Human Rights Council resolution of March 24, 2016, which urges countries to pressure companies to divest from, or break contracts with, Israel; and (2) encourages full implementation of the United States-Israel Strategic Partnership Act of 2014 through enhanced, governmentwide, coordinated U.S.-Israel scientific and technological cooperation in civilian areas.

Senators and staff members say this bill refers only to corporations and instiutions that seek to boycott Israeli products. But that “U.S. PERSONS” in the past has referred to individuals. Therefore, if you decide to boycott a package of BAMBA product for political reasons, you would be violating the law. If you choose Cheetos over Bamba for reasons of mouth feel and taste, that would be okay, though.

Violations would be punishable by civil and criminal penalties of up to $1 million and 20 years in prison.

(The bill also amends the Export-Import Bank Act of 1945 to include as a reason for the Export-Import Bank to deny credit applications for the export of goods and services between the United States and foreign countries, opposition to policies and actions that are politically motivated and are intended to penalize or otherwise limit commercial relations specifically with citizens or residents of Israel, entities organized under the laws of Israel, or the Government of Israel.)

This week, Senator Cardin said that he would revise the language of the proposed bill to clear up any issues related to exercising one’s freedom of speech as it relates to purchases products and services or communicating information on boycotts.

Whether it gets amended or not, and passed or not, it mostly has served its purpose of signaling to U.S. corporations that they should not be participating in a BDS boycott; and it will help at least 43 Senators in their reelection and fundraising efforts.

** In NAACP v. Claiborne Hardware Co., in 1982, the U.S. Supreme Court upheld the right of activists to hold a mass economic boycott of segregated businesses in Mississippi. The court stated that the boycotters’ exercise of their rights to “speech, assembly, and petition . . . to change a social order that had consistently treated them as second-class citizens” rested “on the highest rung of the hierarchy of First Amendment values.” This would probably be used to stroke down this law.