Jews Who Skip The Bris, and More News Snips 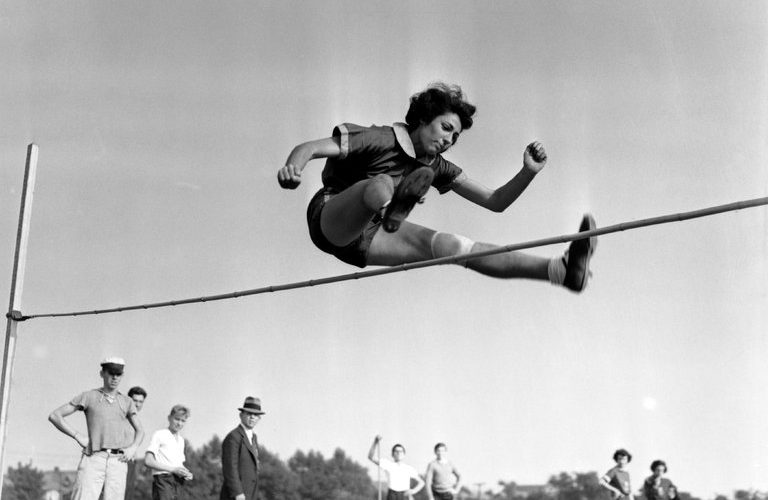 The New York Times reports on some Jewish parents who are rejected circumcisions. The story focuses on Dana Edell of Brooklyn, who attended Jewish camps and schools, and grew up in an observant household, but decided to circumcize a pomegranate at her son’s bris in a symbolic ceremony. The story reports, perhaps due to the growth in Hispanic households in the USA and Medicare not covering the cost of the medical procedure, that circumcisions are declining in America. And as for American Jews, while it is not yet a trend, the skipping of a circumcision is happening slightly more than in the past.

Sports Illustrated covered it, but the best obituary for Margaret bergmann Lambert can be found HERE. Lambert passed away this week at the age of 103 in New York City. The greatest high jumper of her time, she was invited back to Germany for the Olympics, but then banned by Hitler. She never visited Germany again, until she was recently invited back when her birth town named its stadium in her honor. Deutsche Welle covered her death HERE.

Today, U.S. President Donald J. Trump announced that transgendered people will be banned from all roles in the U.S. military. He cited medical costs and a distraction from focus as reasons for the ban. Many media sites reported that the Pentagon was unaware of this decision and the U.S. Secretary of Defense Matis was away from Washington DC on a personal vacation this week. Many Jewish Americans and veterans were quick to denounce the announcement and decision, some synagogues planned rallies, and many cited the story of Lt. Shachar Erez, Israeli’s first modern open transgender military officer. Gersh Kunzman of the New York Daily News called Trump a Huge Jerk for his tweets today. Noah Feldman, writing an Opinion for Bloomberg, write that this ban will be struck down by the courts. Matt Brooks, director of the Republican Jewish Coalition, wrote that “Anyone who wants to put on the uniform, risk their lives and defend Americans and our freedoms should be allowed to.” Rabbi Sharon Kleinbaum of Manhattan called the “tweeted ban” “a despicable act by a cowardly president…” She added that she and her community are “outraged at the attempts to ban transgender individuals from serving in the military.”

A Wider Bridge, a pro Israel LGBTQAA group condemned President Trump’s tweeted proclamation, saying that he ignored ignored “the sage advice of Former Joint Chiefs Chairman Admiral Mike Mullen, who testified only yesterday that ‘[t]housands of transgender Americans are currently serving in uniform and there is no reason to single out these brave men and women and deny them the medical care they require.'” A Wider Bridge Board member and veteran of the United States Navy Submarine Force, James Moon, condemned the decision in the strongest possible terms, writing that ““The same tired trope suggesting that transgender service-members will destroy unit cohesion and readiness was used against gay and lesbian service-members like me, and was used against African-Americans before me. The ill-founded justifications for banning gays and lesbians, and the integration of African-Americans, were wrong then, and the same arguments trotted out to support bigotry against transgender service-members are wrong now…” 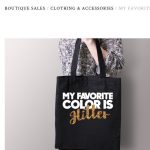 Buzzfeed reports on a new tote bag from Belle Chic, an online retailer. Sadly, the word ‘glitter’ in MY FAVORITE COLOR IS GLITTER” looks like ‘Hitler.’

They have apologized. But alt-right shoppers are scooping up the tote.

Armin Langer in DIE ZEIT writes that a bookstore in Berlin’s Neukölln hood that was owned by two Israelis was forced to close due to personal threats. The owners say the main reason was financial. “Main Reason”… that is playing with language as well as Jared Kushner did when he modified his testimony about past interactions with Russians.

Speaking of interactions.. the ERUV WARS continue in America. NorthJersey.com reports on an battle between “observant” Jews and less observant ones in Mahwah, NJ. An Orthodox Jewish group is seeking to expand an eruv into northwest Bergen County, Mahwah, Upper Saddle River and Montvale. A prestigious Manhattan law firm is representing them for free. The fight turned nasty, online of course, when some residents said that their towns would be “infested” by nasty, rude, or dirty people. There are currently 22 recognized eruvs in New Jersey.

Does Davis, California have an eruv? No.
But Davis, CA, does have a hate filled imam.
The Sacramento Bee reports on Imam Ammar Shahin who in his sermon last Friday – a one hour sermon – at the Islamic Center of Davis called on congregants to pray to “destroy those who closed the Al-Aqsa Mosque” and “count them one by one and annihilate them down to the very last one.” Leaders of the mosque said that the Imam was misunderstood and mistranslated. For example, where he said “liberate the Al-Aqsa mosque from the filth of the Jews,” the better translation was “the defilement of the Jews.”

Well that surely makes it better.

Speaking of making thing better, a muslim group that pledged $100,000 to help restore a Jewish cemetery is still waiting to find someone to take the funds… or at least a proposal on how the funds will be used.

Also, a quick mazal tov to Koby Altman, who has been named the new general manager in the Cleveland Cavaliers, an Ohio NBA basketball team. The team is owned by Dan Gilbert. Altman, 34, replaces David Griffin. The head coach will continue to be Tyronn Lue, who replaced former coach David Blatt

Another quick muscle toughs to Rabbi Sharon Brous and Rabbi Alana Suskin who were arrrested in Washington DC this past week outside the office of Senate Majority Leader Mitch McConnell (R-Ky.) while protesting his effort to dismantle the Affordable Care Act. Rabbi Brous was part of the interfaith Auburn Senior Fellows program, which included Reverend William Barber II of Greenleaf Christian Church in Goldsboro, N.C., and Sister Simone Campbell, executive director of Network, a Catholic social justice lobby.

And another mazel to Lufthansa, which adhered to a request to ban Rabbi Alissa Wise from its flight to Israel. She is a leader in the BDS movement that promotes a boycott of Israel,Israelis, and Israeli products and services. She also applauded Jewish Voice of Peace members who attacked young queer Jews who were supporting Israel and marching in a June parade in New York City.