Who Made the Harvey Weinstein Allegations a Jewish Story? 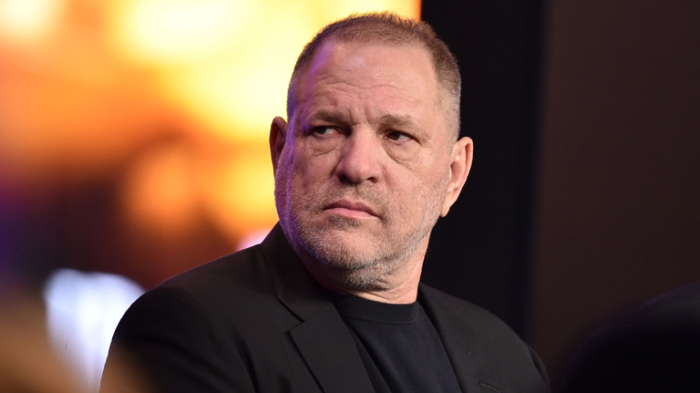 Captain Renault: I’m shocked, shocked to find that sexism and harrassment is going on in the entertainment industy!

Although some might make light of or ignore the issue of the casting couch in Hollywood and entertainment, it exists, and if the allegations are true, Harvey Weinstein used it often and he could be categorized as a serial rapist. (Couch makes it sound so innocent. It isn’t)

They say that Harvey Weinstein has been thanked by winners at the Academy Awards more than God. He had power, wealth, anger, girth and contacts.

Over a dozen years ago, a New York Times reporter wrote a draft story on Harvey Weinstein’s harrassment of at least one woman and the payment to purchase her silence (and the allegation that a highly paid officer in Italy had the main job of procuring women for Weinstein). Those parts of the story were never published. Maybe because it wasn’t integral to the main story? Maybe because the casting couch was not considered “news?” Probably becuase nothing was on the record and it could not pass journalistic muster.

A few years later, the reporter on that story launched The Wrap, her own entertainment news website, but never got around to publishing those rumors or quotes about Weinstein. Probably also becuase on the record statements could not be obtained.

In 2015, The NYPD asked an Italian actress who had complained about Weinstein to wear a “wire” to record and catch Weinstein admitting to sexual misconduct with actresses. He did. The recording exists; but no charges were ever pursued by the Manhattan District Attorney and the actress reached a monetary settlement not to pursue criminal charges.

Last week, after working on the story for several months, The New York Times published a story on the sexual harrassment allegations against Harvey Weinstein, writing that for decades, the Hollywood power broker and film distributor harrassed women and had his firms pay many to remain silent. The story was written by Jodi Kantor and Megan Twohey.

Over the next three days, Weinstein issued a weird semi-apologetic statement, was given a leave of absence and then fired from the company he co-founded, lost his lawyer (Lisa Bloom), reportedly lost his wife, and became a pariah.

“As Harvey has said, it is important for him to get professional help for the problems he has acknowledged,” said a statement signed by four board members of The Weinstein Company: Bob Weinstein, Tarak Ben Ammar, Lance Maerov and Richard Koenigsberg. At that time of the statement, board members Dirk Ziff, Marc Lasry, and Tim Sarnoff resigned. Later, a fourth board member resigned.

After the New York Times story appeared, Weinstein issued a statement that was sort of an apology for his temper, his personality, and some things done with “colleagues;” and also that, “In the past I used to compliment people, and some took it as me being sexual, I won’t do that again.”

Weinstein claimed that he would channel his anger into a fight against the National Rifle Association, and that he was organizing a foundation for women directors at the University of Southern California that will be named for his mother, Miriam Weinstein, whom he does not plan to disappoint.

USC announced on Tuesday that it would reject his $5 million gift.

Most were surprised, but some had to be aware of this. No?

I mean, I am a nobody, but even I heard things when I attended Sundance in Park City (and SchmoozeDance) for several years. I recall that one classmate who was in the film biz and attended Sundance was threatened and traumatized when Weinstein didn’t get his way.

And if I knew, then I think nearly everyone had to. Plus Seth McFarland joked about Weinstein at the Oscar announcements, and 30 ROCK and ENTOURAGE made Weinstein inside-jokes several years ago.

But back to my main question.

It took only five days for the issue to be turned into a “Jewish story.”

I am not someone who agrees with Oppenheimer. It is not some sort of Jewish perviness.

NOTE: TABLET MAGAZINE published an apology Mark Oppenheimer wrote that it was “hasty and ill-considered, especially in light of the even graver accusations that were published by the New Yorker…”

While the story is not an indictment against Jews and American Jewish culture, there is a lot of Jewish people in the story.

Actress, writer, and producer Lena Dunham wrote in The New York Times that Hollywood is filled with men who are silent about harrassment. A few years ago, as a recent college grad with an award winning student film, she shares that she was subject to sexist meetings, marital confessions, and the insistence that she must be “up for anything in bed.” In the evenings, Dunham would share her experiences with Jenni Konner (now a writer and producer), daughter of Lawrence Konner and Ronnie Wenker-Konner, and together they would envision an entertainment industry that was clear of sexism. Dunham asks why there is so much silence, particularly from the entertainment industry’s men, when “one of our own is outed as having a nasty taste for humiliating and traumatizing women?” Knowing that so many of the players involved (“our own”) are liberal and Jewish, the essay – to me – has a Jewish undertone.

Harvey Weinstein donated funds to several political candidates, including Senators Charles Schumer (D-NY); Al Franken (D-MN); and Richard Blumenthal (D-CT). They each announced they will contribute his donations to charity.

Designer Donna Karan – cornered at an event – appeared to make light of the abuse and blame women for the way they dress and present themselves. Within hours, however, Karan said she was misunderstood and that her words were taken out of context. She does not believe that women are “asking for it” based on the way they dress.

Some groups have quickly called for Weinstein’s name to be erased from films and donor lists. Some want his past awards taken back based on the allegations and his reported attack on a potted plant.

The Simon Wiesenthal Center does NOT plan on withdrawing the 2015 Humantarian Award it presented to him. That year, the awards dinner reportedly generated $1.7 million in contributions. Plus, I suppose, the group is all about “tolerance.”

This stance may change after its board members read The New Yorker article that was published on Tuesday. In it, Ronan Farrow writes that Weinstein’s sexual abuse has been an open secret, but that prior to this past week, there were not enough witnesses who would admit enough information to meet journalists’ needs.

Farrow spoke with 13 women who have shared harrowing stories of forcible vaginal rape, oral sex, abuse, or harrassment, as well as actual retribution and damage to the careers to those women who rejected his advances. Farrow also interviewed sixteen former and current executives and assistants at Weinstein’s companies who told him that they witnessed or had knowledge of sexual harrassment and the setup of professional meetings that were little more than pretexts for sexual advances on young actresses and models.

To me, this is a account of a serial rapist and abuser who had a position of power, wealth and influence, and his friends, staff, and members of the media and entertainment industry who enabled him, set up the targets and “dates,” and let him crush the careers of those who rejected his sexual advances.

Jeffrey Katzenberg has made public a scathing email he sent to Weinstein. And UTA (United Talent) CEO Jeremy Zimmer (a grandson of MGM’s ADL award winning Dore Schary) sent a strongly worded memo to nearly 1,000 of his agency’s personnel Weinstein and encouraging employees to come forward if they ever feel “uncomfortable, threatened or exposed” by sexual predators. He added that as a human being he was disgusted, and that he believed that Weinstein “earned his demise.”

A little late… but it is a lesson that standing up to power and wealth is the real Jewish “perviness” that we pursue.