Turning Roy Moore into a Jewish Story and Other Alabama Tidbits 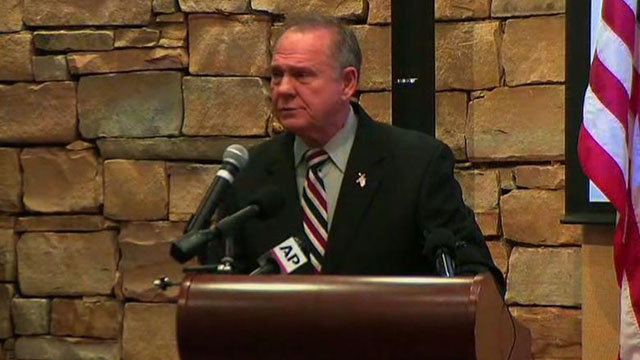 An Alabama television (WKRG) station reported that a robocall is making its way around Alabama that says “Bernie Bernstein” from The Washington Post is looking to dig up dirt on GOP candidate for Senate Roy Moore. Moore is under heavy criticism and calls for his withdrawal due to allegations that he attempted on several occasions to sexually seduce or assault teenage girls as young as fourteen.

Pastor Al Moore in Creola, Alabama shared the robocall that he received on his mobile phone. The voice said, “Hi, this is Bernie Bernstein, I’m a reporter for the Washington Post calling to find out if anyone at this address is a female between the ages of 54 to 57 years old willing to make damaging remarks about candidate Roy Moore for a reward of between $5,000 and $7,000 dollars. We will not be fully investigating these claims however we will make a written report. I can be reached by email at albernstein@washingtonpost.com, Thank You.”

There is no ‘Bernie’ or ‘Al Bernstein’ at The Washington Post. Marty Baron, The Executive Editor of the Washington Post released the following statement: “The [Washington] Post has just learned that at least one person in Alabama has received a call from someone falsely claiming to be from The Washington Post. The call’s description of our reporting methods bears no relationship to reality. We are shocked and appalled that anyone would stoop to this level to discredit real journalism.”

Some believe the Moore campaign or a supporter is using the robocall to distract voters from the allegations and create sympathy for Moore.

Several Jewish leaders have criticized the candidate for several years. The Anti-Defamation League opposes Moore’s attitudes on church-state separation and marriage equality, as well as his spreading of anti-Muslim conspiracy theories. And Rabbi (Emeritus) Jonathan Miller of Birmingham has called him a “provocateur.” Also, in The New York Times on November 15, Bethany Mandel leverages the Moore accusations to discuss how her Washington DC rabbi sexually abused her in her essay titled, “Roy Moore Reminds Me of My Rabbi.”