Offended Haredim Must Send Their NIS 50 Notes to Me. Rabbi Bans Followers From Looking At Them 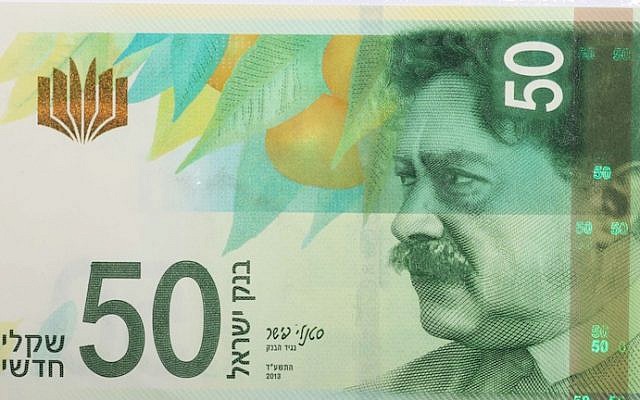 According to the Kikar HaShabat newspaper, Rabbi Benzion Mutzafi, a Sephardic rabbi in Israel, has instructed his followers to avoid looking at the State of Israel’s NIS 50 bills because the image on the banknote is that of the poet Saul Tchernichovsky. He was married to a non-Jewish woman, and she was reportedly devout and prayed in a church each Sunday.

When the banknote was announced in 2011, and the unveiled and placed into circulation in 2014, some religious leaders were outraged. As for last month’s release of NIS 100 and NIS 20 bills with the images of poets Leah Goldberg (who never married, neither Chritian or Jew) and Rachel Bluwstein (who never married), no word on as great an outcry.

I am calling on all of Rabbi Mutzafi’s followers to send their NIS 50 banknotes to me, and I will launder them.

Rabbi Mutzafi wrote that he places the NIS 50 banknotes in his pocket with them folded upside down so that he does not “even have to look at it for a second.”