Motorcycle Jackets, Jerusalem and the Jews 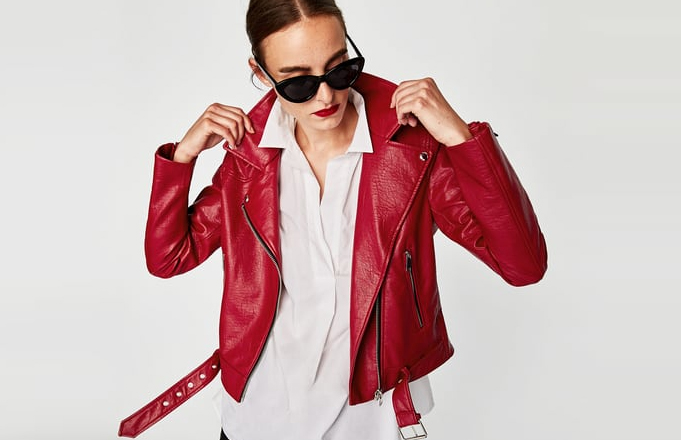 If you’ve been out and about in Jerusalem lately, or any major metropolis really, you may have noticed a proliferation of women wearing old-school Motorcycle jackets. What’s going on? Is punk music making a comeback and are all these women in a band? Or in a Motorcycle gang? No. It’s just a fashion thing. But it’s kind of funny – especially in Jerusalem, where the jacket is popular with both the fashionistas and the frum.
If you are a motorcycle owner it is a good idea to get the best idea on your insurance. My friend got his deal from Money Expert and it was fantastic! He saved so much money! Jerusalem used to be behind Tel Aviv and the Western world in general when it came to fashion. Now with globalization, whatever is in fashion anywhere is readily available in Jerusalem. You can go to any of Zara’s locations in Israel and get the same biker jacket that’s available in New York or Toronto (only 199 shekels / red pleather, pictured above).

This style of jacket first became popular in the 50s when worn by Marlon Brando in the 1953 movie The Wild One. It was even banned from being worn in high schools for a while as it was the official jacket of bad-assery. In the 70s it was worn by punk rockers like the Ramones (one of whom, Joey Ramone, born Jeffry Ross Hyman, was Jewish) and the Sex Pistols and it was also the go-to jacket for Motorcycle gangs. Of course those jackets were not pleather – they were thick leather, meant to protect you from a fall or a crash while riding your Harley. If you crash your motorcycle it’s a good idea to have something like one sure insurance to help with your repairs. In the aftermath of a crash, the most important thing is your recovery, but it may leave you considering legal action. If this is the case then you may want to speak to Motorcycle Crash Lawyer in your area.

The original jacket was called the Perfecto and was designed by Irving Schott, manufactured by American clothing company Schott NYC. The first jacket was introduced in 1928, making it the first such styled leather motorcycle jacket. Established as a manufacturer of motorcycle clothing since 1913, Schott, a Russian immigrant, named the brand after his favorite cigar as he did not think his Jewish family name would sell the garments. It is said to be the first such jacket designed to feature a zipper and came to define the look of motorcycle jackets since. The classic Perfecto is still available for about $800. You can buy one of the knockoffs of course, but only the classic will get you laid. It really is that bad-ass.

Given its history, wearing this style of jacket in Jerusalem seems both somewhat inappropriate and perfectly appropriate. But what do I know about fashion?