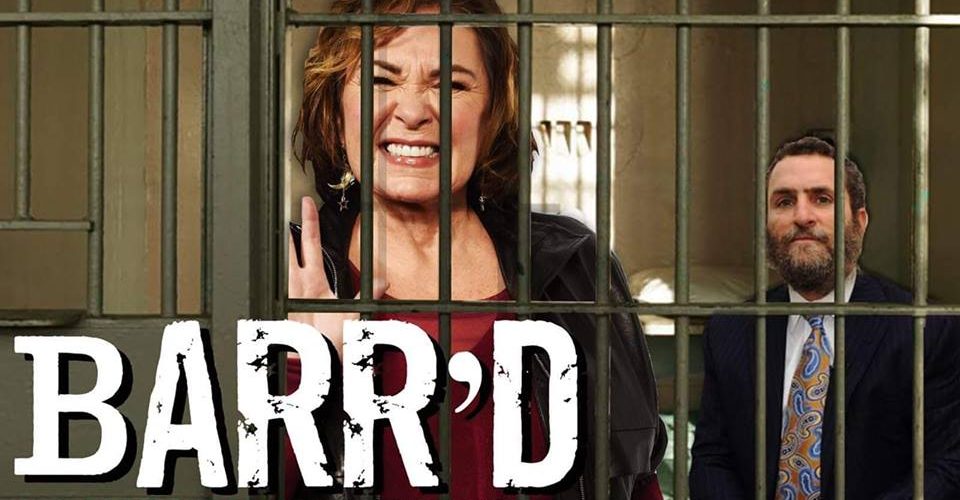 In an act of sincere love for the 15th of the Hebrew month of Av, Rabbi Shmuley Boteach of Northern New Jersey interviewed Roseanne Barr at a Manhattan Comedy Club venue on the topics of Repentance and Jewish Values, as well as the pain humans can inflict on others. The event was recorded for a Boteach podcast; the comedy club venue was selected, since it was offered gratis to the rabbi by the club’s owner.

Barr was criticized for an obnoxious, racist tweet and later statements which led to the cancellation of her acclaimed television show, Roseanne.

Rabbi Boteach has known Barr for two decades. They met on her talkshow when he was promoting a book on sex. For his appearance on her show, he selected three Jewish men to date her daughters. In those twenty or so years since, he never saw a racist bone in her body or had been exposed to a racist idea that may have passed her lips. After her tweet about Valerie Jarrett, Rabbi Boteach reached out to Roseanne in private, writing, “You’re too important to the Jewish people, to the State of Israel, to all the Americans that love you, to let yourself be felled by a controversy or to say anything that contravenes your core Torah values.” Asking himself how she – who holds the Rev. Martin Luther King, Jr., Ph.D. as one of idols – could have written a racist tweet, he invited her to appear on his podcast to discuss religion and behavior.

The evening, with tears and laughter, began with Rabbi Boteach setting the stage by affirming their mutual love of Judaism and the State of Israel, and the joy of Torah study. Rabbi Boteach reminded Roseanne of his time at Oxford and his Torah studies with his friends: U.S. Senator Cory Booker of New Jersey, the late Michael Jackson; and the past U.S. Ambassador to the U.N. Samantha Power

Asking her how she could have written her tweet, given her love of humanity, Roseanne replied that she didn’t mean what they think she meant. And that that was a source of pain. She continued that there was no excuse – even if impaired by Ambien… however, that “When you hurt people even unwillingly there’s no excuse.”

Barr added that “…I apologize to anyone who thought, or felt offended and who thought that I meant something that I, in fact, did not mean. It was my own ignorance, and there’s no excuse for that ignorance. But I didn’t mean it the way they’re saying I meant it. And that’s really weird too because if I don’t speak for myself, who will speak for me.”

Their chat, and Roseanne’s vaping, continued with a discussion of Maimonides and the process of repentence. Roseanne said, through sobs, “… it’s not just about repentance, repentance is like self-reflection. And then after repentance, remorse. The point is to feel remorse in your heart because that’s what unplugs your heart. You have to feel remorse, not just repentance. That’s just a step towards feeling remorse. And when you feel remorse you have to follow it with recompense. You have to take an action in the world – whether it’s through money or other things – to correct your sin. After your heart is unfrozen and after it stops being broken from the pain you caused others, you stop being a robot and you gotta’ come back to God. So it’s remorse, and I definitely feel remorse.”

She continued, that she said to God that she was willing to “…accept whatever consequences this brings because I know I’ve done wrong. I’m going to accept what the consequences are.” even though she was made to be a pariah, and magnet for hate, which as a Jew is just horribly horrible. As Barr began to “get into the weeds” saying that she thought Valerie Jarrett was white, and how she had issues with race, but her politics and policies regarding the Iran Deal, Israel, and the Middle East, Rabbi Boteach pivoted the conversation to focus on more general ideas of repentance and remorse, committing oneself to new paths, and how we all should agree to affirm the humanity of our opponents, even if we disagree with their ideas.

On the topic of how all poeples are related, and Palestinians are her cousins, Roseanne added that, “I happen to be Tribe of David and Tribe of Judah. They are a tribe too… Sometimes I think, damn, I’m just going to move to Israel and run for Prime Minister myself. I want peace, they’re all children. And I want women’s rights and children’s rights. And men to be treated decently. I want them to have jobs. I want all those things that Torah teaches that’s what the Jews are here to bring. That’s what we have always brought. Justice…”

Near the close, Barr admitted that sometimes people just say the wrong words, saying, “I shouldn’t have done it. I wish to hell I wouldn’t have done it or be more clear with a few letters. I should have been better, and I wasn’t. And I caused a lot of pain. I know that, and that’s the worse feeling in the world. I caused pain for my family, I caused pain for my mother, I caused pain to the 200 out-of-work actors that I loved. And the crew and writers. I feel so bad that they gave me another chance and I blew it. But I did it. And what can I do now except say of course, I’m not a racist, I’m an idiot. And I might have done something that comes across as bigoted and ignorant, and I know that’s how it came across. And you know, I asked for forgiveness ‘cause I do love all people, I really do.”

For more of the interview, check out the podcast