JewliciousReads: In The Shul Where It Happened and Other June Beach Reads 2020 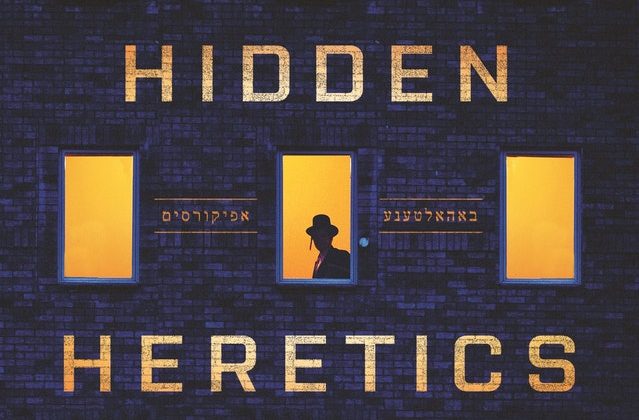 Some reviewers said this novel is not the author’s best work. I don’t need her best work. To me, it is one of the few books that I read in the course of a single day; and I was entertained.

The prologue opens in 1989. Christina asks her widowed father for the family’s Cape Code house near Truro Beach. He is angry when she informs him that she is staying there since she is pregnant (with the child created with a married man with no intention of ever leaving his wife). Her father relents, and she makes a life for herself and her son Aidan, scraping by in a creaky cottage.

Fast forward a couple decades, and we meet Daphne Berg, a young woman making a career for herself in Manhattan, while trying to afford to live in NYC. Daphne has grown from an insecure, younger woman…. and now, feels good, on most days, about where she is in life and where she is headed. Behind her are her attempts to be thin. She is strong and accepts her fatter form and empowers others to do the same. She is “adorbs.” Her posts have thousands of followers. She (and her dog Bingo) are climbing the ranks as online influencers; she posts her outfit of the day (OOTD), linking the outfits to where they can be purchased.

An old friend who has said mean things about her weight in the past (since 6th grade) – Drue Lathrop Cavanaugh – contacts her with a HUGE FAVOR to ask. Why is this lifetime FRenemy acting all friendly-and-nice now? (But she has been in WASP therapy, so maybe she has actually changed for the better). Will Daphne agree to the huge favor and travel to Cape Cod in June?

This is a story of a woman’s BIG SUMMER on CAPE COD and about old friendships and powerful friendships… for better or worse, til beach reads do us part.

I thought of the character MOSHE from UNORTHODOX.

This is a revealing look at a few Jewish men and women who secretly explored the outside world, in person and online, while remaining in their ultra-Orthodox haredi religious communities. What would you do if you lived in the haredi world and questioned your religious faith? No one could know. Hidden Heretics tells the stories of married ultra-Orthodox Jewish men and women in twenty-first-century New York who lived “double lives” in order to protect those they love from being tarnished by their doubts and activities. Drawing on five years of fieldwork with those living double lives and the rabbis, life coaches, and religious therapists who minister to, advise, and sometimes excommunicate them, Professor Ayala Fader investigates religious doubt and social change in the digital age.

The Room Where It Happened:
A White House Memoir
by John Bolton
was postponed twice to June 23, 2020
Publisher: Simon and Schuster

I am not done with the book. There are more pages than there are days that he worked for Trump as the National Security Advisor (519 days), until he resigned or was dismissed. It is a dry rambling read. Bolton (not to be confused with singer Michael Bolton) is a genius, Yale Law grad, copious note taker, hawk, big “C” Conservative, and worked for SPiro Agnew in the Old Executive Office Building as an intern during the Nixon presidency, and for Presidents Reagan, Bush #41, and Bush #43. He is an “Iran Hawk,” who is accused of loving warsm confrontations, and conflicts. Asked why, if he disliked Trump so much, disnt he testify to COngress or resign earlier? Well … most likely he is a survivor who like others, saw his chance to promote his vision of policies and the world by influencing and working through Trump.

In his memoir, he offers a substantive account of his time “in the room where it happened.” (a lyric from the popular Broadway musical, HAMILTON). According to the book, Trump did not give a crap about human rights abuses and told Chinese President Xi that building concentration camps for Muslims was no problem, as long as Xi could help his reelection. According to the book, Pompeo said to Bolton that Trump was “full of shit” during the meetings with North Korea. On the thirtieth anniversary of the Tienanmen Square massacres, Bolton was angry that the White House did not issue a statement about it. Trump said it was 15 (instead of the actual 30) years ago, and any pronouncement criticizing China would not help him in making a deal with China. Bolton writes that Trump reached out to President Xi and requested China buy more soybeans from American farmers to help Trump (win reelection). Bolton is angry that Trump believed Putin on Venezuela and “blinked” and was not as tough on Venezuela as Bolton wanted him to be. Bolton writes that world leaders learned quickly how to kiss Trump’s ass with flattery to get their way (let’s build a settlement in Israel and name it for Trump). Bolton relates the story of how Netanyahu tried desperately to stop Trump from meeting with Iran’s President while in Europe, and how Kushner blocked Netanyahu’s calls to the White House so he could not influence Trump. Netanyahu, according to the book was not impressed by Kushner’s intelligence or skills. On the night that the United States planned to bomb Iran, Bolton went home to change his clothes so he would look fresh for the joyous next morning after the attack. While he was home, Trump called off the attack, not wanting the optics of 150 or more body bags.

The book does not tell us much we did not already know, it just adds to the details. Let’s not pretend Bolton is a patriot, he is looking for a payday. He appears to be an idealogue who is sad that Trump cared nothing for ideology. It is fitting that the book’s title is from a song from the musical HAMILTON, sung by “Aaron Burr,” who wished to be in the room where it happens, but when Burr makes it to a position of power, he squanders it due to his own ego and ambition instead of the good of the country.

Tales of the Havurah
a novel
by David Kronfeld
Postponed to July 2020
Publisher: Bookbaby (Press)
About 448 pages

You can read this novel as fiction. But I prefer reading it and imagining it as the antics of HAVURAT SHALOM in the Boston suburbs in the 1960s/1970s (founded in 1968). Did I mention that 70 year old author, David Kronfeld, was a member of Havurat Shalom from 1972-77? He wrote this novel four decades ago, after residing in the havurah’s yellow house for a time and finishing his PhD in Comp Lit.

Tales of the Havurah contains interrelated stories about life in the egalitarian Jewish counterculture of Boston. Narrated by a talkative, pot-smoking host named Solomon, the stories introduce us to this home of intellectual spiritual seekers, not so serious, always experimenting young adultswho have chosen to create a commune-like, close-knit Jewish community of intention and kavanah. Solomon welcomes readers into the home of the Havurat Chaim Community (a place from which American Jews got The Jewish Catalog, egalitarian, casual minyans, and rabbinical leaders who stepped off the bimah.) Solomon spins tales about his own and his fellow group members’ personal lives – their loves and friendships, their inner struggles and searches, and their often unorthodox relationship to Jewish observance, including sensual Shabbat dinners. A tie-dyed trip back to the feelings you got at Camp Ramah, during a time when rock music, folk, drugs, sex, Judisism, Buddhism, feminism and the anti War movement were intersecting and spawning new spirituality.

Shanghai, 1936. The Cathay Hotel, located on the city’s famous waterfront, is one of the most glamorous in the world. Built by Victor Sassoon–billionaire playboy and scion of the Sassoon dynasty–the hotel hosts a who’s who of global celebrities: Noel Coward has written a draft of Private Lives in his suite, Charlie Chaplin entertained his wife-to-be. The American socialite Wallis Simpson reportedly posed for dirty photographs. The city is notorious for easy money and loose morals. And a few miles away, Mao and the nascent communist party have been plotting revolution.

By the 1930’s, the Sassoons had been doing business in China for a century, rivaled in wealth and influence by only one other dynasty–the Kadoories.

These two Jewish families, both originally from Baghdad, stood astride Chinese business and politics for more than one hundred seventy-five years, profiting from the Opium Wars; surviving Japanese occupation; courting Chiang Kai-shek; and losing nearly everything as the Communists swept into power. In The Last Kings of Shanghai, Jonathan Kaufman tells the remarkable history of how these families participated in an economic boom that opened China to the world, but remained blind to the country’s deep inequality and to the political turmoil at their doorsteps. In a story stretching from Baghdad to Hong Kong to Shanghai to London, Kaufman enters the lives and minds of these ambitious men and women to forge a tale of opium smuggling, family rivalry, political intrigue, and survival.

The book lays bare the moral compromises of the Kadoories and the Sassoons–and their exceptional foresight, success and generosity. At the height of World War II, they joined together to rescue and protect eighteen thousand Jewish refugees fleeing Nazism. Though their stay in China started out as a business opportunity, the country became a home that they were reluctant to leave, even on the eve of revolution. The lavish buildings they built and booming businesses they nurtured continue to define Shanghai and Hong Kong to this day. As the United States confronts China’s rise, and China grapples with the pressures of breakneck modernization and global power, the long-hidden odysseys of the Sassoons and the Kadoories hold a key to understanding the present moment.

In a world where everyone is inventing a self, curating a feed and performing a fantasy of life, what does it mean to be a person? With his grandly entertaining debut memoir, playwright David Adjmi explores how human beings create themselves, and how artists make their lives into art.

Opening in Brooklyn in the 1970s, David is born into the ruins of a Syrian Jewish family that once had it all, David is painfully displaced. His father is a con man who abandons the family for half a decade. His mother is a narcissist, David is trapped in an insular religious community that excludes him and a family coming apart at the seams, he is plunged into suicidal depression by the age of eight. LOT SIX refers to a retail pricing code meaning three, an odd number, and David is an odd one, the worthless one, like a crappy camera in a store. Through adolescence, David tries to suppress his homosexual feelings and fit in, but when pushed to the breaking point, he makes the bold decision to cut off his family, erase his past, and leave everything he knows behind. There’s only one problem: who should he be? Bouncing between identities he steals from the pages of fashion magazines, tomes of philosophy, sitcoms and foreign films, and practically everyone he meets–from Rastafarians to French preppies–David begins to piece together an entirely new adult self. But is this the foundation for a life, or just a kind of quicksand? At times he loves himself. At times he loathes himself as worthless. Both extremes help him create.

Moving from the glamour and dysfunction of 1970s Brooklyn, to the pupular materialism of Reagan’s 1980s to post-9/11 New York, Lot Six offers a quintessentially American tale of an outsider striving to reshape himself in the funhouse mirror of American culture. Adjmi tells of his search for belonging, identity, and what it takes to be an artist.