Biking in Jerusalem at Warp Speed! 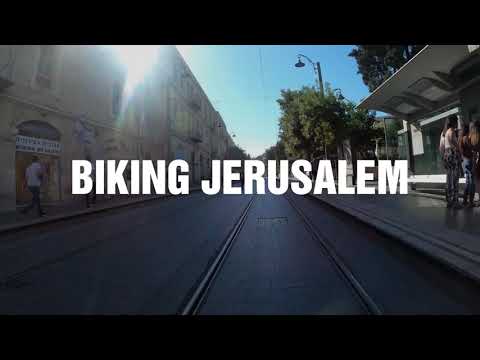 I was just messing around with my GoPro Hero 8 Black and decided I was finally going to test out the TimeWarp 2.0 feature which promised super-stabilized time lapse videos while moving. I attached my GoPro to my bike handlebars and recorded myself going through downtown Jerusalem, the Machane Yehuda market and then home to Nachlaot. What I ended up with was a short (50 seconds) but sweet video that looked cool, was super stable as promised, but not such a big deal. I uploaded it onto my twitter account and much to my surprise it was viewed nearly 16,000 times in a manner of days and shared by all kinds of people including Israel’s Foreign Ministry and a number of Israeli embassy accounts. They then uploaded it to their Facebook page where the video garnered another 26,000 views. I was kinda surprised, to say the least – it really was a nothing video that I slapped together in no time at all.

Now I guess I have to bow to popular demand. So I uploaded the clip to my Youtube account just so that I could mark this moment in time and share it with you all here. Now, all I have is a simple question – should I do a longer biking video that includes the Old City and a mix of time lapse and normal footage? It’ll be longer – maybe 2 minutes even! But it will feature Jerusalem at a pace that allows for easier appreciation. Let me know. In the meantime, feel free to watch this on YouTube to your heart’s content and if you like it and want more – like and subscribe!