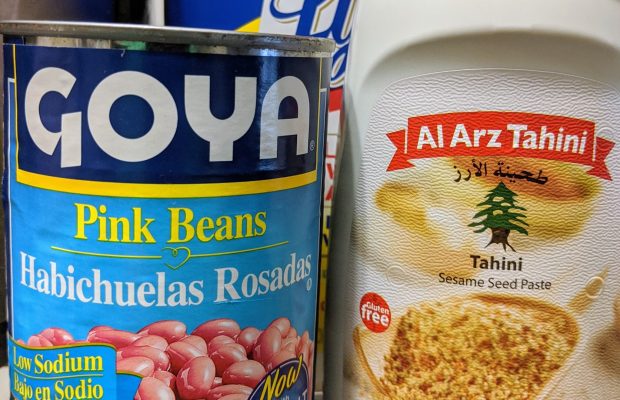 In the United States, in the past week, there was a call to BOYCOTT GOYA after the head of the family-run, privately held food company praised U.S. President Donald J. Trump after a White House meeting with Hispanic business leaders. This was followed a social media campaign to BUY GOYA, which reached a high trend on Twitter when the daughter of President Trump, Ivanka, tweeted a picture of herself with a can of Goya beans (O-U Certified Kosher), saying in Espanol that if it is Goya, it is bueno. (which may raise ethics issues) 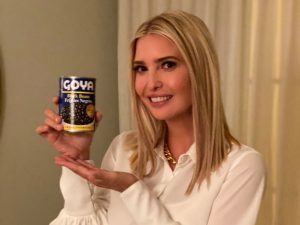 In Israel, during the same period, there was a call to boycott AL ARZ products (pictured above, my container of Al ARZ TAHINI), after it was learned that the CEO (Julia Zaher) of Al-Arz, an Arab Israeli company based in Nazareth, announced that in addition to contributions to many charities, it would donate funds to a hotline for LGBTQ Arab Israeli youth via the AGUDA, an Israeli association for LGBTQ Equality.

Al-Arz also donates to charities that help families in need and persons with special needs.

MK Aida Tuma posted on Facebook that Al-Arz in generous and that people should focus on real issues, writing that “It is better for us to respect the rights of vulnerable minorities within us.” Al-Qaws, a Palestinian group promoting sexual and gender diversity among Palestinians, also criticized the calls for a boycott, but also criticized that the firm contributed to the Aguda and not them. The called the Aguda “colonial” and its projects “orientalist.”

While the GOYA leadership doubled down and reinforced its support of Donald Trump and his administrations, Al-Arz also reinforced their choice, in a statement that included, “We love people without differentiation between religion, sex, gender or colour. Food connects people, and so do we. We will continue to be an open house and empower disadvantaged sectors whatever they may be.” (Goya should hire Al Arz’s crisis control agency)

My POV… boycotts are a waste. The lives of table grape pickers in California has not improved much, and Chick-fil-a is still growing strong and expanding. It gets in the news a lot, but unless groups leverage their exposure to focus on real issues, it is just a lot of noise.