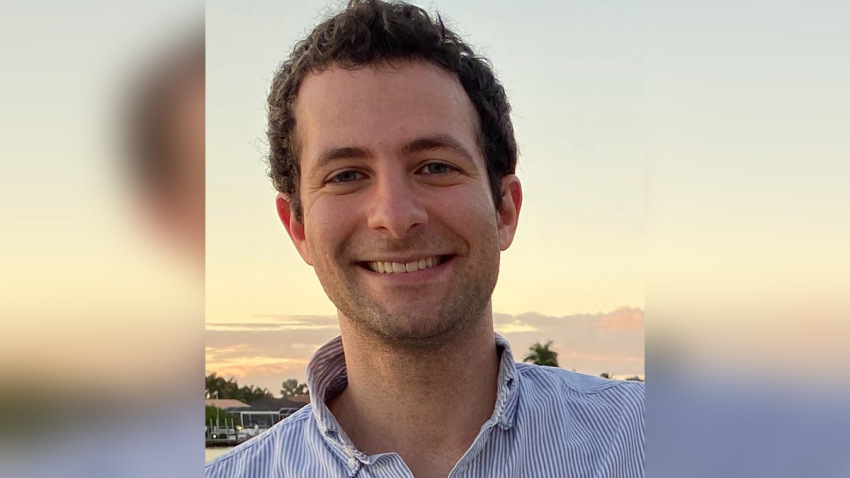 Complications from COVID-19 and other illnesses took many luminaries from us in recent weeks, including:

U.S. Member of Congress Jamin Ben “Jamie” Raskin (D-Md) announced the tragedy that his son, poet and second year Harvard Law School student Thomas B. “TOMMY” RASKIN, age 25 died suddenly at home on December 31. “Tommy was pure magic. His brilliance and compassion knew no bounds. He passionately loved his family, friends, and animals, and was devoted to the cause of the global poor. We are devastated and demolished to be without him,” the Raskin’s said in a statement. Tommy is survived by his sisters Hannah and Tabitha, grandparents Arlene Bloom and Lynn Raskin, his father, and his mother Sarah Bloom Raskin, who is a graduate of Harvard Law and a former U.S. Deputy Treasury Secretary.

His family posted the following memoriam for him here.

JOAN MICKLIN SILVER, 85, the filmmaker, writer, director of notable films with Jewish American themes and characters, including HESTER STREET, and CROSSING DELANCEY. Ms. Silver wrote and directed “Hester Street” (1975), the story of a young Jewish immigrant couple from Russia on the Lower East Side of Manhattan in the 1890s. The film was rejected by studios and distributors due to its theme and Yiddish dialogue. It made actress Carol Kane a star and garnered award nominations. In “Crossing Delancey” (1988), a single Jewish New York bookstore employee (actress: Amy Irving) tries to escape her Lower East Side (Delancey Street) Jewish roots and a good looking kosher pickle purveyor (Peter Riegert). The film also starred Yiddish theater star Reizl Bozyk and famed Manhattan opening party goer Sylvia Miles (of whom it was said, she will even show up for the opening of an envelope). “A Fish in the Bathtub” (1999), starring Jerry Stiller and Anne Meara as a couple with a pet carp in their tub. In “Between the Lines” (1977), the story was about a progressive staff of an alternative newspaper which is purchased by a non progressive corporation. It starred Jeff Goldblum. In the Eighties, Silver co-created the off Broadway musical, “A … My Name Is Alice.” Silver, the daughter in law of Abba Hillel Silver, was born in Omaha, graduated from Sarah Lawrence, and resided in Cleveland for over a decade before moving to New York City to pursue her filmmaking and documentary shorts career. Silvers biography was one of overcoming anti-Semitism and Misogyny in the media business.

HOWARD RUBENSTEIN of New York City passed away at 88. The colorless, mild, mannered, but powerful Public Relations specialist to America’s top celebrities, corporations, and politicians, he and his firm were who you called in a crisis or to strategically plan our your communications. Many a Jewish notables and organizations were saved by his wisdom. Disparaged as a P.R. Flack (as in hack) or a Mouthpiece by some, others felt he brought ethics to a business known for spin. He was a Harvard Law School dropout who finished a law degree in an evening program in Queens while he ran his nascent business from his mother’s kitchen and tried to convince his mother to answer the home phone with his company name.

KLARA SHAGENOVNA KASPAROVA passed away at 83 in Moscow of Covid-19. She was the mother of Garry (Weinstein) Kasparov, the chess champion. Garry reportedly called her every day. He frequently said that his mother was the most important force behind his success, reminding him, sort of like Hillel, “If not you, who else?” Born in Azerbaijan, she was named for Clara Zetkin, a German Marxist theorist. One of the few female Soviet engineers in the 1960s, she had her own engineering lab. As a boy, after his father’s untimely death, Garry dropped his late father’s “Weinstein” surname to avoid anti-Semitism.

DR. WILLIAM GOOD, 96, passed away from Covid-19 in Southern California. Born Wowa Zev Gdud, he survived three close calls with Nazis. In one massacre – the Ponary massacre of hundreds of Jews – a bullet missed him and he laid among the corpses and pretended to be dead. After the war, he had the chance at revenge, to kill two Lithuanian Nazi policemen who were from the same unit that had, two years earlier, gunned down his mother and brother. But he laid down his pistol and walked away. Making it to Italy at the end of the war, he studied medicine, married, and helped to found a hostel for other Jewish survivors with the help of the “Joint.” He was born in Minsk, Belarus, but grew up outside Vilna, Poland (at the time). Emigrating to the Upper West Side of Manhattan with his wife – Perela Esterowicz, who he met in Italy when she was a doctoral student in chemistry – he practiced medicine in New Jersey and New York before moving to California. He changed his name and set up a practice in La Puente, where his knowledge of eleven languages came in handy. He delivered more than 2,000 infants. Good’s son, Dr. Michael Good, profiled his parents in “The Search for Major Plagge: The Nazi Who Saved Jews,” the story of the couple’s 1999 return to Vilna to learn more about Karl Plagge, a mysterious German officer who ran the Vilna camp but helped save hundreds of Jews. They later unveiled his name when it was added to the Wall of the Righteous at the Yad Vashem in Jerusalem. Good is survived by Pearl, 91; three children, all of whom are doctors; six grandchildren, one a doctor; and three great-grandchildren.

IVRY GITLIS, a celebrated Israeli violinist passed away at 98 in Paris. A student of Carl Flesch, George Enescu, and Jacques Thibaud, he was among the most talented musicians of the 20th Century. Maybe even the 21st. He received his first violin at the age of five and gave his first concert at age ten. When violinist and founder of the Israel Philharmonic Orchestra Bronislav Huberman heard Gitlis play, he sent the young violinist to study at the Conservatoire de Paris. Gitlis went on to win the conservatory’s first prize at age 13. He debuted in the U.S. in 1955 and toured the world, playing under the top conductors and with the very best orchestras, including the New York, Berlin, Vienna, and Israel Philharmonics. “So very, very sad to have to accept the passing of the great, the unique, the so deeply loveable, glorious, the irreplaceable (and frequently impossible!) Ivry Gitlis. There’ll never be another like him,” cellist Steven Isserlis wrote on Twitter.

His acting in the following video gives a glimpse at his famed behavior.

NORMAN GOLB, a notable University of Chicago Semitics Scholar and master of Hebrew manuscripts passed away at nearly 93. A part-time actor in the Yiddish theater, Golb’s father Joseph sustained his family during the Depression by working as a barber, and later for the City of Chicago’s water department. Golb’s mother Rose née Bilow was a homemaker. Golb received his first advanced training in Hebrew, Aramaic, and Arabic texts, as well as Latin and Greek, at the University of Chicago’s Oriental Institute (1948–50). He went on to study archaeology, the history of ancient Palestine, and several of the newly found Dead Sea Scroll texts at Johns Hopkins University, where he received his Ph.D. in 1954. After a year spent studying Arabic at Dropsie College (Philadelphia) and two years in Jerusalem, Golb lectured in Hebrew and Semitic Studies at the University of Wisconsin (1957–58). He then moved to the Hebrew Union College in Cincinnati, where he taught Arabic, Hebrew, and medieval Jewish philosophy for five years (1958–63). In 1963, he joined the University of Chicago’s Department of Near Eastern Languages and Civilizations and in 1988, he was named Ludwig Rosenberger Professor in Jewish History and Civilization. He was a specialist in the Dead Sea Scrolls and Judaism in late antiquity. His hypothesis that they were a repository by mulitple groups and not just a single Essenes group. It was highly criticized at the time he wrote it. He made numerous discoveries, including the first documentary proof that Khazars converted to Judaism, and the presence of a major Jewish community in medieval Rouen (France, Normandy). French Jewry were inspired by his discovery. Golb’s discoveries also became the basis for the international best-selling novel The Convert, by the award-winning Flemish author Stefan Hertmans.

Actress Tanya Roberts passed away in Los Angeles at 65 after collapsing after walking her dogs in the Hollywood Hills on December 24. It was reported that it was the result of an UTI. Her death was reported on Sunday January 3, only to be rescinded since she was alive but in dire condition. Her death was then confirmed a day later. Known as a “Bond Girl,” she studied with Uta Hagen and Less Strassberg in New York City, and appeared on stage, film, and television, including Charlie’s Angels and as Midge in That 70’s Show. Born in the Bronx, NYC to parents of Jewish and Irish heritage, she changed her name from Virginia Leigh Blum. She liked to say that she had Irish looks and a Jewish brain. She dropped out of high school as a teen, modeled at fifteen, and had a very brief teen marriage. After the divorce, she met Barry Roberts of NYC in a movie line and later proposed marriage to him. They were married until his untimely passing from encephalitis in 2006. She left her role in That 70’s Show for several seasons to care for her husband during his illness. Her older sister was wedded to drug-celebrity and educator Timothy Leary.

On December 28, Isaac Shoshan, a celebrated Israeli undercover operative (or spy) passed away in Tel Aviv at the age of 96. For many years, he posed as an Arab in Lebanon and Israel. He also trained generations of other Israeli operatives, as well as Arab operatives. Former PM Ehud Barak was one of his trainees. Shoshan was born in Halab/Aleppo, Syria. His surname has been Shasho. After high school, he moved to British Mandate Palestine and joined the Palmach, where is was assigned to the “Arab Platoon” which was created in anticipation of a civil war in Palestine. In 1990, he detailed some of his missions and thoughts in “Men of Secrets, Men of Mystery.”