Who Said Hamantashen Must Taste Good, and Spuds Have Genders? A Schmear Campaign 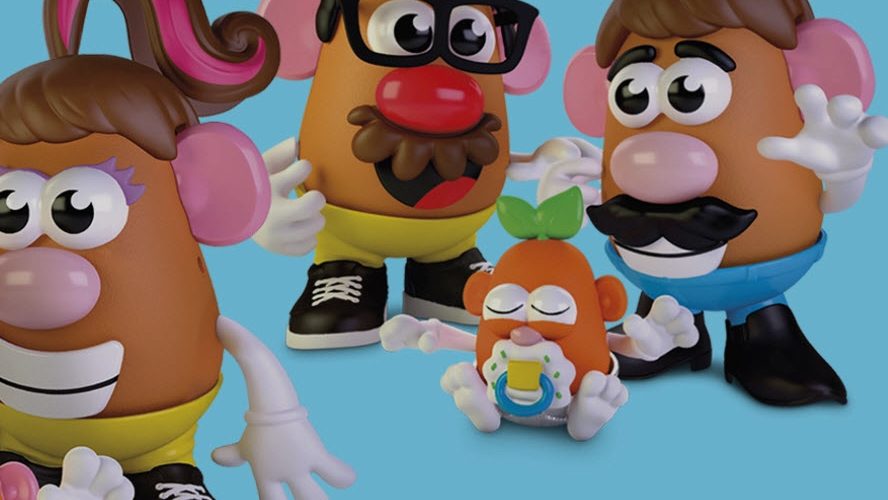 Purim arrives. A crazy Member of Congress from Georgia attacked her neighboring Congressional colleague over her daughter’s gender identity; savory, tasty oil fried Potato Heads are unburdened with quaint gender roles; and it appears everybody has written a column about hamantashen.

I have been attracted to hamantashen even before I learned of Chicago’s Great Debates comparing potato latkes to the fruit filled triangular cookies (I think I still have a copy of the Moment Magazine issue that highlighted the debates).

But this month, Bon Appetit magazine – which is recovering from accusations of a racist and toxic workplace culture – decided to place an Editor’s Note over its Hamantashen recipe from 2015.

One reader from Seattle, 6 years later, took issue that it included butter and was not pareve.

But the main issue was that, as part of the periodical’s “Archive Repair Project,” it apologized for what one reader thought was a stereotypical characterization of Jewish life.

What most readers thought was a funny view of a dry, crumbly Hamantashen, someone thought was a criticism, and it needed to be cancelled.

The editors added, “The original version of this article included language that was insensitive toward Jewish food traditions and does not align with our brand’s standards… We have edited the headline… to better convey the history of Purim and the goals of this particular recipe. We apologize for the previous version’s flippant tone and stereotypical characterizations of Jewish culture.”

The 2015 article was written by a Dawn Perry who was not (yet) a member of the tribe, though she attended some B’nai Mitvot in 1992. The editors felt in hindsight that this sentence was flippant: “The story of Purim involves a bad guy, Haman, a nice Jewish lady, Esther, and her ultimate victory over his plot to destroy the Jewish people.” The editors also deleted some sentences that observed that Bon Appetit staffers with “tainted Hebrew School” or other memories recalled hamantashen being “dry and sandy” and coating their mouths with “weird film.”

BRETT STEPHENS, an Opinion Columnist for The New York Times responded to this change with a February 22 column titled, “Woke Me When It’s Over. In the humorless world of Woke, the satire is never funny and the statute of limitations never expires, even when it comes to hamantaschen.”

BEN SHAPIRO, a conservative pundit tweeted, “Anything that can improve the recipe is fine with me, you ridiculous woke ghouls.”

RACHEL SUGAR of GRUBSTREET (New York Magazine) then responded with Hamantaschen Are Perfect, Thank You Very Much…. I was actually surprised that there’s a smear campaign… ” Or is a a schmear campaign?

And to all this I add…

Who said a Hamantashen, whether it be a three cornered hat, a pocket full of Haman’s bribes, or a seed-filled fertile vagina, needs to taste good and not crumble?

To me, Purim is the ultimate holiday and the end of an annual cycle that begins with Passover.

The megillah has no direct mention of G!d. The human characters must solve the problem without the mention of divine power. There is no fluffy tasty matzo ball, there is no sweet honey, or savory potato. Life is crumbly, dry, and can leave a weird oily aftertaste. And when you eat this hamantashen, you know that there are problems that need solutions; and although they won’t go away, next year we will be in a better place.

P.S. – Did you know that when Hasbro (the Hassenfeld’s) launched the Potato Head toy over six decades ago, you had to supply your own potato?