Each Day, A New Call For an Apology 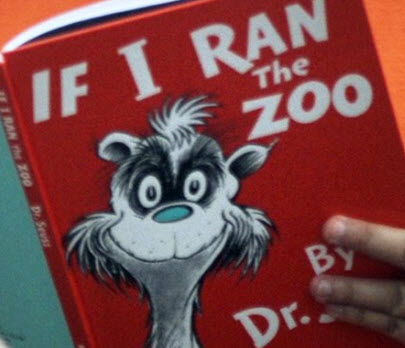 Each morning, I awake in anticipation of a new call for an apology

Did it start with the uproar of NBC’s Saturday Night Live? The twitter-sphere was filled with calls for NBC to APOLOGIZE for its joke about Israel and vaccinations. Each Sabbath I pray that the nascent State of Israel grow strong enough to withstand scathing jokes and not whither away like palm leaf attacked by a worm.

Next, came the uproar and calls for apologies over NBC’s imported show from Canada: NURSES. It was an episode from over a year ago that was broadcast in February in the United States which made Orthodox Jews look like vile racists when a Jewish patient needed a transplant. You would have thought that a writer, producer, or even the actors in Jew-face would have at least told the showrunners that their premise was false.

Speaking of racism, news affiliates then reported on the call for apologies by those offended by Jewish people who had worn blackfaced costumes for Purim, specifically in Brooklyn, Lakewood, and Los Angeles. Jews of color have long asked their neighbors not to dress in blackface. A Brooklyn politician years ago was forced to apologize after many attempts for his costume of blackface. Yet it persists.

Then, over 1,000 in the UK called on the BBC to apologize. The BBC broadcast an episode of its “Politics Live” show and discussed how the Labour Party’s deputy leader, Angela Rayner, claimed that the new Scottish Labour leader was “the first ever ethnic minority leader of a political party anywhere in the UK.” WHAT ABOUT DISRAELI asked the critics. Shouldn’t Jews be a minority? How dare Rayner not give credit to British Jews for being ethnic minorities. I guess she only counted on them being religious minorities.

Simultaneously, there was outrage over FRONTIER airlines, an air carrier that some say is as bad as SPIRIT airways. Many called on FRONTIER to apologize for cancelling a flight from Miami to New York City’s LGA airport after they alleged that a group of Hasidic Jewish passengers would not wear masks and were not complying with flight attendants. Others called on the passengers to apologize for allegedly not complying, although selected videos show that they were in compliance.

In an ongoing fight this week, people are calling on State of New York Governor Andrew Cuomo to apologize and resign due to accusations of sexual harassment. Anna Ruch told reporters that the governor tried to kiss her at a wedding. This comes after two of his former aides accused him of sexual harassment in the workplace. Ruch is a former member of the Obama administration and the 2020 Biden campaign. Charlotte Bennett, one of the aides, is represented by Attorney Debra S. Katz, who has said she doubts the governor’s initial suggestion that he was a mentor to Ms. Bennett and trying to give her counsel. Attorney Katz specializes in harassment and discrimination law and became nationally known as the attorney for Christine Blasey Ford during Brett M. Kavanaugh’s supreme court confirmation hearings.

In Orlando, CPAC, a Conservative festival of words and political ideas was asked to apologize for a stage design that evoked Nazi imagery.

And on this day, the birthday of Dr. Seuss (aka Dr. Theodor Seuss Geisel), I learned that some of his books will be cancelled and removed from shelves, as an apology for racist and insensitive imagery. It’s true. Asian and African characters are drawn with squinty eyes and large lips, wearing stereotypical hats, eating with chopsticks, walking barefoot or in grass skirts. The six books include “And to Think That I Saw It on Mulberry Street” and “If I Ran the Zoo” will no longer go to press. Nor will “McElligot’s Pool,” “On Beyond Zebra!,” “Scrambled Eggs Super!,” and “The Cat’s Quizzer.” (Note: I have always had an issue with the nose size of the dentist in the Berenstain Bears Visit The Dentist)

And as the sun set, Charlie Chaplin’s Little Tramp is watching his back… Amazon was asked to apologize because saw toothed blue adhesive tape on their logo made someone think of Hitler’s moustache. Amazon redesigned the logo for its smartphone app.

What new apologies will Wednesday bring?

Wednesday update:
SUPRISE… that did not take long. Politicians in Israel, and humans with hearts worldwide are calling for apologies from the United Torah Judaism party in Israel (and its ad agency, and the voiceover actor who prostituted himself) which created a WhatsApp based ad that calls non Orthodox Jews dogs and denigrated Jewish women who work as Jewish leaders. And the lovely SHAS party created a campaign poster that features three Black men, and said that if you do not vote for Shas, the Israeli Supreme Court will allow these “infiltrators” to convert to the Jewish faith.