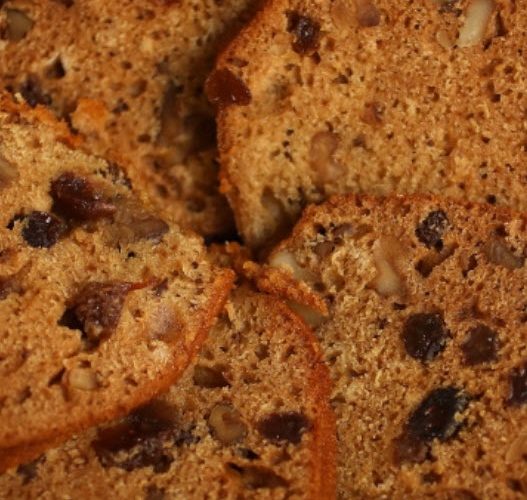 Here are a few notable ones:

First, we start with the Queen of Jewish holiday recipes, Joan Nathan.

Writing for THE NEW YORK TIMES, Ms. Nathan shares a recipe for Beet and Barley, Figs and Olives Salad With Date-Citrus Vinaigrette, a salad featuring the updated flavors of the ancient Near East (no new world tomatoes or corn.) Here is a link to the actual recipe : CLICK HERE. Ms. Nathan interviews an archeaologist and ethnobotanist as backup for the recipe.

Melissa Clark in THE NEW YORK TIMES gets into a Rosh Hashanah JAM. In Time to get into Jamming for Rosh Hashana treats: such as fig jam scented with rosemary; a vibrant no-cook ginger-plum jam; and a wiggy apple jelly that she will schmear with hoiney ona round olive oil challah. She also recommends a fruit-filled chicken dish; a sheet-pan recipe with roasted plums and onions, or roasted chicken with pears and figs. Pairing it with David Tanis’s summer vegetable salad with charred eggplant, and an apple cider honey cake.

Gail Ciampa for THE PROVIDENCE JOURNAL shares a recipe for a Szalotka cake, as well as a Chocolate Lovers HONEY CAKE, and Marilyn Graff’s Roast Chicken.

Julie Giuffrida for THE LOS ANGELES TIMES shares 15 recipes for the Jewish holidays. Included are recipes for Magical Honey Cake (needs to age for 7 days); Honey cake from the Box (uses a NON-honey-cake cake mix; beet-apple-walnut salad; beet and carrot “slaw” with honey and cinnamon or a wild arugula and orange salad with honey and za’atar; roast chicken with thyme and honey; roast chicken braised with honey and olives and oregano or figs and vinegar; a honeyed marinated eggplant side dish; carrots with honey, lemon and thyme; and Barley Thumbprint Cookies With Honey And Hazelnuts.

Just across town, Faye Levy and Yakir Levy for the LOS ANGELES DAILY NEWS recommend that families bake with fruit. They share recipes for Sweet Challah Rolls with Apple Currant Filling (from Beth Lee, see below); Blueberry Blond Brownies baked with fresh and dried blueberries, chocolate chips, pine nuts and walnuts; and a Grape Cake which features the fruit baked in a lemony buttermilk cake. 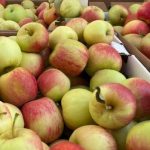 Oh, The LA TIMES also gives a bolshoi shout out to the new SEPHARDI cookbook, and recommends it for the holidays. (Sephardi: Cooking the History. Recipes of the Jews of Spain and the Diaspora, from the 13th Century to Today by Hélène Jawhara Piñer)

The JWEEKLY JEWISH NEWS of Northern California profiles Beth Lee and her cookbook which is filled with holiday recipes, including Taiglach; Russian honey cake; apple cake with candied ginger and cinnamon; duvshaniot, an Israeli spiced honey cookie; and an apple kugel and a blintz casserole.

The story by Alix Wall includes a recipe for Sweet Challah Rolls with Apple Currant Filling. The recipe was developed for a Zoom class that Lee taught for her synagogue. Beth Lee’s book is The Essential Jewish Baking Cookbook: 50 Traditional Recipes for Every Occasion

So, it is no surpise that THE SAN JOSE MERCURY NEWS also shares her recipe for a holiday cake.

The recipe is in, The Essential Jewish Baking Cookbook: 50 Traditional Recipes for Every Occasion.

Jessica also called on JAKE COHEN and shares his recipe for Apples and Honey Upside Down Cake. Cohen, formerly with Saveur, is the author of the popular JEW-ISH: Reinvented Recipes from a Modern Mensch Cookbook And as an extra treat, Jessica shares another Jake COhen recipe for Rosh Hashana Crispy Chicken Thighs HERE.

Vered Guttman in Israel for HAARETZ shares a recipe for a spicy beef brisket. Actually she has recipes and a full sample menu, (actually a day to day time planner, including when to buy flowers) including Ceviche with pomegranate (recipe); Matza ball soup (multiple recipes); Noodle, nuts and dried fruit kugel; Kale, green bean and avocado salad (recipe); Date and honey cake; and a Polish-style fruit compote (made apples, pears and raisins only)

Vered Guttman also has a story on the symbolic foods of the holidays (the Rosh Hashana seder) HERE. It even features a modern day Rosh Hashana Seder Plate.

Also in HAARETZ, Vered Guttman shares recipes and stories of Rosh Hashanah meals from Tbilisi, Georgia, from Temuri Yakobashvili and Yana Fremer, who are now based in Washington DC. Temuri Yakobashvili served as Georgia’s ambassador to Washington. Among the recipes are Kada Shaqarguliani (a sweet-filling Georgian cake), and Georgian style matzo balls (Khenagi).

Ronit also shares some FASCINATING fusion (Poland-Tunisia) from Zalmanico, which offers a fusion inspired by Polish butchers and chefs raised on North African cuisine. Try their chopped liver and meatballs with leek in pomegranate molasses.

The FORWARD scores an interview with TikTok FoodTok teen sensation (and Drew Barrymore contributor) Eitan Bernath. Bernath, 19, who is starting at Columbia at some point- having graduated from the Frisch Jewish day school, is prepped for the holidays. He shares his recipes for Apple Tart Squares with Honey Glaze; and Red Wine Braised Short Ribs with Creamy (non dairy) Polenta

THE FORWARD also features Tannaz Sassooni with a recipe for Persian Meat-and-Apple Stew or Khoreshte sib (but applies instead of quince.)

Rachel Ringler for THE CLEVELAND JEWISH NEWS (and NOSHER) asks five chefs on their holiday plans.

One of the five, Adeena Sussman, of SABABA COOKBOOK fame, will serve a sticky, sheet pan chicken made with honey. She will drink a “Pomegroni” — like a Negroni, but with fresh pomegranate juice.

Also featured are London-based Itamar Srulovich and his wife and partner, Sarit Packer. Their shared recipe is for grilled pumpkin, apples and chestnuts that Itamar discovered during his travels in Turkey, cooked on an outdoor grill. It is from HONEY & COMPANY: Chasing Smoke: Cooking Over Fire Around the Levant by Sarit Packer & Itamar Srulovich. HONEY & CO.. sounds like the place to eat in London for the holiday.

Jessica Grann for the PITTSBURGH JEWISH CHRONICLE shares a recipe for Pomegranate and Date Braised Lamb Shanks. She incorporates foods from the Seven Species, or Shivat Haminim: wheat, barley, grape, fig, pomegranate, olive (oil) and date (honey). This braised lamb recipe uses date syrup — or silan — which is what, historically, the Israelites called honey. (When we refer to Israel as the Land of Milk and Honey, it is date honey, not bee honey that is referenced.)

WFTS, TAMPA, FLORIDA’s ABC ACTION NEWS / Scripps affiliate interviews the E-I-C of FLEISHIG MAGAZINE about including recipes for Honey Roasted Salmon with Pistachio Crumble made with her signature 3-Way Honey Vinaigrette, which adds a sweet and symbolic spin to a multitude of dishes.

Olga shares a recipe from her mother-in-law, Shelley, who got it from her mother-in-law, Sylvia. The original recipe is rich in ketchup and onions, with carrots and potatoes creating a stew of sorts. According to Gil Marks’s “Encyclopedia of Jewish Food,” “Ashkenazic brisket is always made with onions, and plenty of them. After the mid-19th century, potatoes and carrots were frequently added to provide more sustenance.” In the 20th century, Marks notes, American Jews started adding commercial condiments, such as “canned cranberry sauce, onion soup mix and/or chili sauce,” or in Sylvia’s case, ketchup.

Ethel Hofman for the JNS: Jewish News Syndicate shares a Summer Rosh Hashana German-Jewish recipe for noodles with blueberries HERE She shares many other recipes for salmon, a plum kuchen, a mint refresher, chicken masala, and a honey cake.

Justin Sullivan for DELISH shares a recipe for ROUND CHALLAH HERE.

MAZAL TOV to the relaunched, hipper CANADIAN JEWISH NEWS. No recipes yet HERE. Speaking of Canada, you can now buy round kosher challahs in Victoria, near Vancouver. A kosher bakery has opened in the community of about 5,000 Jewish affiliates.

The FINANCIAL TIMES in London does not have any holiday recipes, but they do have an amazing interview with CLAUDIA RODEN and her upcoming cookbook on Near Eastern and Mediterranean cuisine. 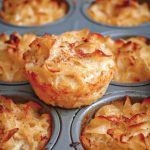 WWLP a Nexstar station in Springfield Massachusetts shares a recipe for Rosh Hashana carrot salad…. one of those rude root vegetables

Esther Davidowitz for the Daily Record / NorthJersey.com is focused on the best brisket you will experience. Namely: Grandma Blanche Rosenberg of Lakewood NJ’s Brisket.

The SAN DIEGO UNION TRIBUNE picks on a WaPo story on challah HERE. It is for a Challah With Olive Oil and Honey, based on a recipe by Melissa Clark.

Kelly McCarthy for GMA – Good Morning America, the ABC morning show, shares a recipe for what she says is the perfect moist delicious apple honey cake for the Jewish New Year. It is borroed from Jake Cohens’s Jew-ish cookbook (see link above).

Howard Wasserman partnering with the Saint Louis Jewish Light shares a recipe for an apple pear and pomegranate crisp.