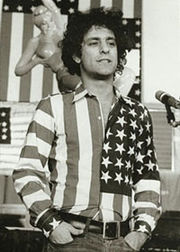 Feeling the need for more Abbie Hoffman activism. More humor and less sorrow. More joy, and less anger. Abbie, how is Olam ha ba? Should we be trying to levitate something?