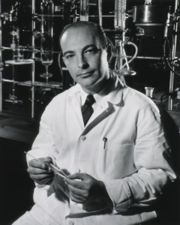 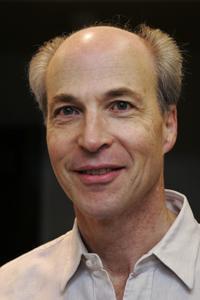 Amazingly, this is the sixth (!!!!!) father-son pair to win a Nobel. Arthur Kornberg won the Nobel for Medicine in 1959 for his work on mechanisms in the biological synthesis of deoxyribonucleic acid (DNA). Today, his son, Roger Kornberg, who is, like his father, a professor at Stanford who specializes in Biochemistry, won the Nobel in Chemistry for his work on RNA and specifically how “genes convey their messages in cells to copy functions like making proteins.” His pleased 88 year old dad joked that he wondered why the second family Nobel was “so long in coming.”

The process of copying and transferring information stored in genes, called transcription, is the key to keeping organisms from yeast to humans alive and functioning. Disturbances in the transcription process are involved in an array of human illnesses, including cancer, heart disease and inflammation.

Dr. Kornberg said in an interview that his work had already influenced the development of drugs and therapies for various conditions, and that understanding how transcription works was central to research that hoped to use stem cells to cure diseases like diabetes.

Much of his work has focused on an enzyme called RNA polymerase, which makes messenger RNA and controls the process of selecting certain genes from the thousands that make up DNA to duplicate at any one time. Dr. Kornberg’s research groups characterized how RNA polymerase played a central role in the transcription process by hooking on to certain parts of the DNA chain and making RNA that produced exactly the protein a cell needed at the time.

The Nobel committee said that Dr. Kornberg did fundamental work over 20 years on how the information stored in genes is copied and transferred to other parts of the cell. The committee also said he was the first to create pictures of that process. Using a method called X-ray crystallography, he was able to have a computer assemble freeze-frame images of the enzyme at work.

Roger Kornberg has a strong connection to Israel because his wife, Yahli Lorch, a geneticist, is Israeli and they spend 4 months of every year visiting Israel where he teaches at the Hebrew University in Jerusalem. He speaks Hebrew with a pronounced Anglo-Saxon accent that’s very cute.

By the way, here is a list (I cannot vouch for its comprehensiveness) of Jewish Nobel laureates.