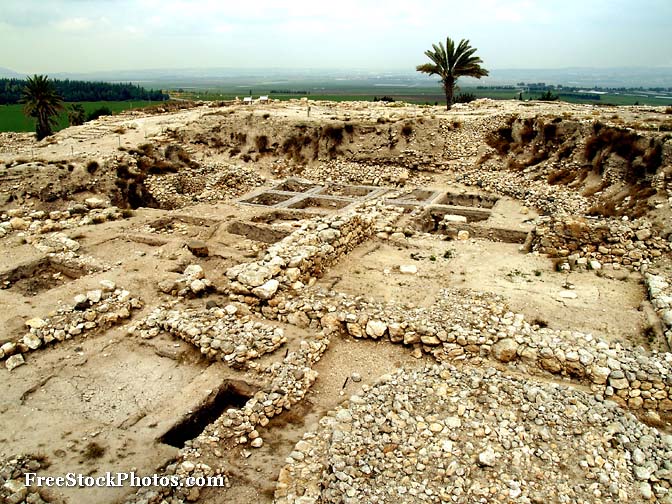 Once upon a time there were wars over this land, just as there were towns and Israelites living within them at peaceful times. The dig at Megiddo is what you’re seeing above. It makes me reflect on the week we had and its mix of good and bad. Some of the bad: Israel continuing to fight in Gaza and killing a large number of civilians, even as its leaders continue to figure out how to save their political and military careers instead of leading the country; Lieberman with his passive aggressive transparent attempts to push the country in a certain direction that would benefit him; the conflict between the secular and religious forces in Israel increasing in tone and violence as the Haredim riot because of the gay pride parade in Jerusalem.

At the same time, good things are happening: Investments in Israel and Israeli companies are booming; the economy continues to grow at a rapid pace; all over Israel, families and individuals are quietly celebrating shabbat in a land where they celebrated shabbat thousands of years ago in places like Jerusalem and Megiddo.

And even here, in the good ol’ USA, there’s a new wind blowing after the Houses have seen a shift from Republican to Democratic after what seemed an unassailable majority for many years. Rove, apparently, is beatable. Who knows whether they will succeed in changing anything, but at least it’s new blood in the capital. Perhaps even some soldiers and generals are breathing a little easier now that the incompetent Rumsfeld is finally gone. It is Veteran’s Day after all, a day when we give respect to those who contribute to this nation by committing themselves and their families and often risk their lives and health to serve in America’s armed forces. We think of them and their contribution to our well being, and for the new generation of soldiers’ safety and success.