Regan and Carter have a lot in common. . . 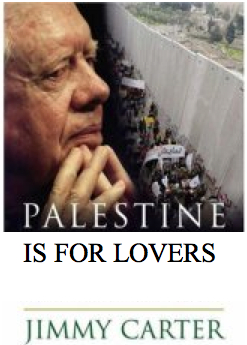 …starting with a strong belief that the Jews control everything. Carter has blamed trouble getting onto college campuses with his new book Palestine Is For Lovers, on Jewish influence. That is the same thing that got Judith Regan fired from NewsCorps, according to some good sources at the Daily News, Regan was fired for, “after she ranted that a “Jewish cabal” was “conspiring” to smear her in the media and ruin her career, a spokesman for her former employer claimed on Monday. The news has hit everywhere, especially among publishers in Russia who were looking forward to the OJ book, before letting the KGB publish, If We Had Killed Alexander Litvinenko.

I know zilch about Regan and her tabloidification of publishing, but it seemed not out of line with the rest of what passed for reading materials. But that she and Carter should both be victims of the same cabal, albeit different divisions! Ghastly Horror!

Of course there were many Jewish connections with Regan’s doomed OJ Bookâ€” Ron Goldman was murdered along with Nichole Simpson, OJ had a fancy Jewish attorney (lest we forget). And OJ owes Ron Goldman’s family 33 million after loosing the civil suit.