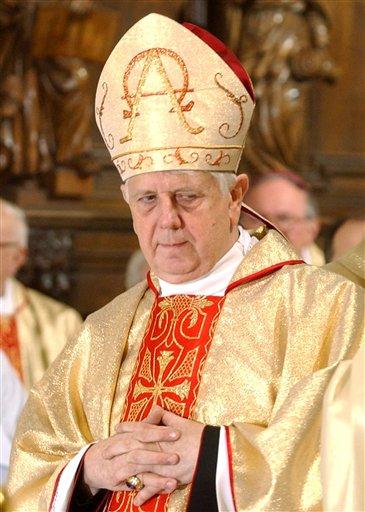 The other day I read about the resignation of the newly appointed Archibishop of Warsaw , Stanislaw Wielgus, who had quit his new appointment as Archibishop on the very day of his appointment. He resigned, after personal reflection, because he had been outed as a former collaborator of the Communists as a young priest. His unexpected resignation during the appointment ceremony caused many in the audience to cheer his decision, but even more people to boo it and ask him to reconsider.

What I found unsurprising but disturbing in the NY Times report, and the reason I bring this story to our site, is the description of the scuffle that took place outside the cathedral right after this resignation. A scuffle had broken out among the disappointed supporters of Wielgus and those who felt justified in supporting his resignation. Who was blamed?

The Times comes to your aid, dear reader:

Outside the cathedral, scuffles erupted between supporters and detractors of the bishop among the hundreds of Catholics gathered beneath umbrellas in the rain. Some of his supporters shouted that â€œJewsâ€ were trying to destroy the church.

Hmmm, now for those of us who are really, truly, unbelievably stupid, could you tell us why this is so, dear Newspaper of Record?

Anti-Semitism, long present in Poland, is a particular problem within some conservative branches of the Polish Catholic church.