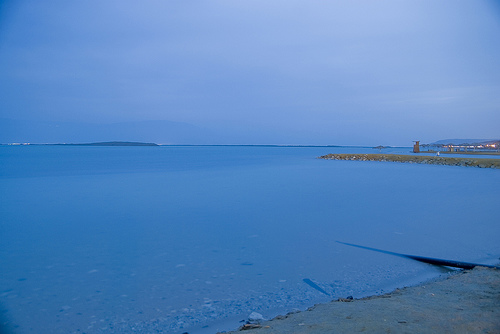 This fine photo was captured by Lights2008 who also has an interesting Jerusalem section on his page.

Based on unreliable media reports, there may be an exchange for Israeli captive soldiers with Hizbullah some time soon. There is no right or wrong here, one could argue either side of this deal but it’s a coin flip as to whether it’s a good or bad deal. Let us hope, however, that they come back alive and the Israeli government stops toying with the stupid idea of calling them dead. Because then they will be if they’re not already.

The “cease fire” with Hamas lasted less than a day. Palestinians rockets came crashing down on Israel again. When Israel closed Gaza crossings as a response, Hamas told the media Israel was violating the cease fire. This proves that no good deed goes unpunished and Israel should refrain from cutting cease fire deals with terror organizations that don’t recognize it.

Olmert continues to survive. Barak continues to hang on by clawing to the wall from which he is about to slip and fall. Livni is making a gentle push for the top spot and Mofaz is making a crude one. Here in the US, in Forbes magazine, Mr. Forbes wrote that the reason for high oil prices is insecurity about whether Israel is going to attack the “murderous thugs” (his words) in Iran. This is untrue but sounds about as realistic as the other 1200 theories about $4/gallon gas. I hear it’s twice as much in Israel so Mofaz should publicly call for attacks on Iran more often if Mr. Forbes is right.

And like every shabbat for the past 2500-3000 years, Jews everywhere are taking some time to consider or to “keep” the seventh day of the week. Shabbat shalom.