Brittany Murphy Dead at 32 (& Her Husband is a Whack Job) 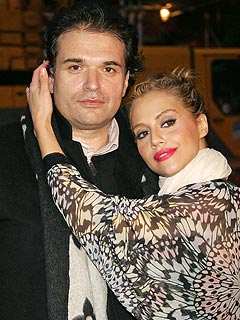 TMZ.com is reporting that actress Brittany Murphy died this morning after having been rushed to Cedars-Sinai in LA where she suffered from full cardiac arrest. The 32-year-old actress, best-known for her featured work and memorable roles in “Clueless” and “Girl Interrupted” was also once engaged to Ashton Kutcher. Media is still speculating on the exact cause of her death, though asthma is rumored to have been a catalyst.

Then again, asthma is also rumored to have been the convenient excuse for Murphy’s former husband, Simon Monjack’s rush to the hospital this past month after he got into a brawl in Mexico following her being fired off the set of the film “The Caller.” Wherever the real truth lies,Â  Monjack, whose nickname is ConJack was apparently not the best influence on our “Uptown” starlet, Jewish wedding ceremonies and all.

Here’s hoping wherever you are Brittany, it’s a better place than with that ConJack hubby of yours.