Apparently Israel has too many world class figure skaters 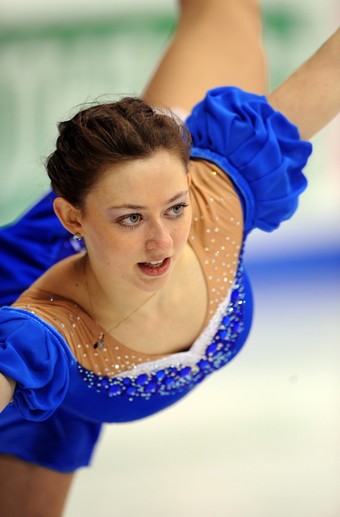 The NY Times gives us the absurd story of an Israel figure skater who qualified for the Olympics, but did not qualify to make the Israeli Olympic team.

Tamar Katz, the three-time national champion, met the International Skating Union’s standards for Olympic eligibility. But the Olympic Committee of Israel has a rule that says a skater must place among the top 14 at the European championships to earn a trip to the Olympics, the group’s president said. Katz finished 21st at the recent championships in Tallinn, Estonia.

â€œThis issue is not about resources or gender â€” it’s purely professional,â€ Efraim Zinger, the secretary general for the Israeli Olympic Committee, said in a telephone interview. â€œWe set the target about two years ahead of time for our athletes. Those who don’t make it must stay back. Some countries’ main goals are to participate, some send their athletes to win. We are interested in our athletes reaching the top.â€

Let me guess. One day, Efraim Zinger, having nothing better to do with his time, and upset that Syria had beaten Israel to its first Olympic gold medal, decided that Israel should only send “top” international athletes. What is “top?” Hmmmm…Wait, I know! Let’s make it the top 14 spots! After all, the Olympics isn’t about competing, it’s about WINNING. In fact, there are rumors that Mr. Zinger is considering shutting down the country of Israel and dispersing its citizenry because it doesn’t rank in the top 14 (or 20, for that matter) internationally in population size, GDP, per capita income, water resources or average male height.

So here is Tamar, working away year after year, her parents paying private coaches small fortunes to train her, just for a chance to compete at the highest level of amateur competition. The World Championships are good, but the Olympics, as we all know, are the dream of every athlete. They are certainly Tamar’s dream. And her dream is infused with representing Israel at the Olympics because apparently she loves her country. AND SHE WAS GOOD ENOUGH TO QUALIFY. 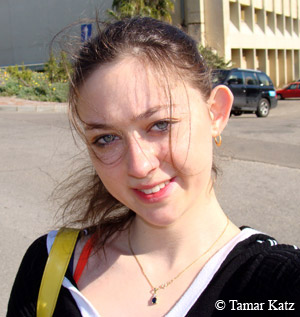 Tamar, trying and failing to not be cute

Sadly, her country has decided that it has so many eligible winter athletes (4) to send to the Winter Olympics, that they can skip over a skater who’s likely to end up in the top 20 IN THE WORLD in her sport. A young woman who would proudly bear her Israeli connection and present it to an international and Canadian audience in the positive light that surrounds figure skating in general. A figure skater, representing Israel, a country with virtually no snow or ice, who is attractive and can speak English without an accent.

Would somebody explain to these people that there’s a much smarter way to run Israel’s Olympic team?

Here is an interview with Tamar.

Here is Tamar’s website. Make sure to look at the photos in the Media section, to see how photogenic the young woman looks with “Israel” plastered on her uniform.