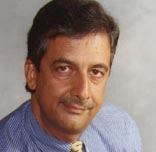 I don’t love Hanania, but I find that he’s necessary. There are few bridges between the two sides in the Arab-Israeli conflict and as a writer, I believe he has positioned himself as a bridge. For evidence of this, consider that both Arab and Jewish readers tend to consistently criticize his editorials. 😆

I think today’s editorial by Hanania, touching on the issue of apartheid week, may be one of the better articles I’ve seen by him and it deserves a full read. Yes, it’s flawed, and yes, there are debatable points that are raised by him. However, there is also a great deal of truth and it’s worth thinking about. Here is some of it, but it’s worth a full read.

THE WORD apartheid does not really apply accurately to the Palestinian-Israel conflict. The word occupation does. But the rejectionists no longer like the word occupation. Apartheid symbolizes the creation of one state, while occupation fuels the movement to create two.

In misusing the word apartheid, the rejectionists and their angry, blind followers are pushing toward reenacting the transformation of South Africa in Israel and Palestine.

Palestinians who support â€œapartheid weekâ€ do so either out of sinister hatred of Jews, or out of blind, unreasoning anger that simmers because they can’t properly vent. The inability to release pent up anger empowers the rejectionist minority but stems from the failures of Palestinians and Arab leadership.

When Arabs couldn’t defeat Israel, they turned toward demonization. And when demonization didn’t work enough, they simply exaggerated the truth. Exaggeration is a common trait among Arabs and Israelis, too.

It’s not easy for Israelis to deal with. Israelis also come in two categories, those who hate Arabs and those who are angry with Arabs but don’t know how to deal with the issue of justice and compromise.

Most Israelis simply denounce anyone who uses the word apartheid as anti-Semitic â€“ another abused word used as a bludgeon for those who criticize Israel.

The word anti-Semitic is to Palestinians what apartheid is to Israelis.

I could ask Palestinians, won’t it make the creation of a Palestinian state that much harder to achieve if they put all their bets onthe word apartheid? I could ask Israelis, doesn’t it show a weakness in your beliefs if you are so afraid of one simple word?

Maybe the answer is that both Palestinians and Israelis live in the dark shadows of one real truth â€“ that they have done terrible things to each other over the years.