Don’t do unto other cattle as you would not do to your cattle? 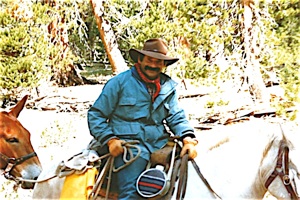 Look, admittedly I know very little about this, but what I’ve read on their website makes some sense and I thought it deserved to reach a wider audience. Essentially, it’s a non-profit organization that is proposing that the European breed of cattle grown in Israel is not built for the weather and foliage available there. On the other hand, it appears the Texas Longhorn would be a much better fit for the climate and landscape one would find in Israel. The Longhorn Project is seeking to bring Texas Longhorns to Israel.

Obviously, if they are right, replacing the current crop of cattle with the Longhorn would benefit the animals, their growers and those who rely or eat their products.

Here is how the Israel and East Africa Longhorn Project describes itself:

Israel and East Africa face a serious environmental and agricultural problem. Beef cattle are failing to thrive in their desert environments. This is a self-sustainable nonprofit project.

Israel is now raising America’s finest beef cattle, plump, docile European breeds. Adapted to temperate grassy plains, they were put into Israel’s hostile desert environment where there is little or no grass. This resulted in beef cattle with poor disease resistance, genetic diseases and high losses due to predators. It also caused higher feed costs, as these cattle cannot eat the non-native invasive shrubs, or invasive cactus in Israel, high calf losses as high as 30% and low reproduction rates, poor mothering skills and high rate of birth complications. Due to the high losses, more cattle are required on pasture and more pasture is required to compensate for the losses, causing more environmental damage. Israeli beef cattle are in â€œlong term decline in production efficiency.â€ Dr. Eugene Ungar of Israel’s Agriculture Department.

A recent massive waves of death of livestock in East Africa resulted from drought, over grazing, poor management of water resources, poor cattle management, wrong type of cattle and disease. In Israel it is an economic problem, in East Africa it is life or death.

Our Mission: To help Israel and East Africa by introducing a viable breed of beef cattle that can fit and can thrive in their semi-desert environments. That breed would be the Texas Longhorn.

Â¥ First we demonstrate through scientific experiments that these cattle can do better in Israel’s semi-desert environment.
Â¥ Then we teach the ranchers how to work with these cattle.
Â¥ Then we donate cattle to these ranches to help them.

Longhorns can eat invasive shrubs and cacti, which are overwhelming the Galilee
Longhorns have higher reproduction rates and very low loss rates
Longhorns have excellent calving and mothering abilities
Longhorns can go further and longer with less water
Longhorns solve the problem of rising feed costs
Longhorns protect their calves from predators
Longhorns are highly resistant to diseases

Texas Longhorn will decrease calf and cattle losses allowing ranchers to use less cattle and less land to raise enough cattle to support themselves and their community.

We will help Israeli ranches and Kenya, Ethiopia, Eritrea and Tanzania ranches.
Israeli cattle may only need to be crossbreed with Texas Longhorn to fit better into their environment. African ranches may have to use pure breed longhorns due to the hardness of their conditions.

This nonprofit is self-sustainable, in the fifth or seven year the project will support itself from cattle production. Our nonprofit is registered at Guidestar.org and jgooders.com.

They also seem to have a number of experts who have signed on:

Look into it, this non-profit appears to be working on a small but important component of life in Israel and Africa.