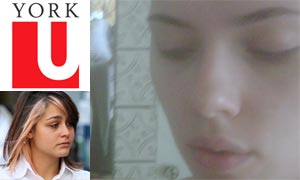 It’s been a pretty wild week in world of Jewish womankind. To say the least. And that’s not a good thing. This week’s events were preceded by the news, shortly before what would have been her 28th birthday on September 14, that what finally may have killed Amy Winehouse was not her hard drinking, hard partying lifestyle, but ironically, her attempt to detoxify from her alcohol addiction. Apparently, Winehouse may have suffered a seizure brought on by her use of Librium and no one was around to summon medical help. There are reports that Winehouse was trying to detox in the same manner that she would try to party – hardcore. Unfortunately alcohol detox can be very harsh on a body, harsher even than heroin detox, and her plan to do so at an accelerated pace without adequate medical supervision is what may have done her in. Why the rush? Amy’s boyfriend, film director and writer Reg Traviss (Joy Division) just revealed that the couple planned to wed.

Next on the mic is Scarlett Johansson who has the FBI investigating how nude photos of her appeared on the Internet. Johansson was apparently the victim of a hacker or hackers who managed to access her smart phone where the images were stored. Of course Johansson also exercised bad judgement in taking the photos in question an storing them somewhere insecure. But what else is new? I mean, speaking of bad judgement, she did “date” icky Fast Times at Ridgemont High actor Sean Penn for a few months recently. While that “relationship” may be over, the horrifying mental images it inspired remain.

Meet Sarah Grunfeld, a 22 year old student at Toronto’s uhm… prestigious York University (disclaimer: I attended York). Last Monday was the first day of classes and Sarah was attending professor Cameron Johnston’s “Self, Culture and Society” class. Professor Johnson began the class by discussing the fact that “the course was going to focus on texts, not opinions, and despite what they may have heard elsewhere, everyone is not entitled to their opinion.” He then gave an example of an opinion that lacked worthiness by stating “all Jews should be sterilized.” Sarah missed the first part apparently, but definitely heard the second part and immediately stormed out of the classroom mistakenly assuming that Professor Johnston made an anti-Semitic slur. She then alerted school officials, the Press, Jewish organizations and all her friends on Facebook and twitter that Professor Johnston was a horrible anti-Semite. When contacted by reporters, Johnston, who is actually Jewish by the way stated (very kindly I might add):

Grunfeld, for her part, may have to change her name after she graduates in order to escape the repercussions of the following statement: “The words, â€˜Jews should be sterilized’ still came out of his mouth, so regardless of the context I still think that’s pretty serious.” Uhm. They also came out of her mouth. Just now. No? In any case, she released a statement standing by her initial accusations and deriding the University administration for not supporting her and the media for ridiculing her – read it and you be the judge, though so far, it doesn’t look so good. Of the 450 students in the class, Grunfeld is still the only one publicly identified as complaining. Grunfeld is set to graduate from York this year. Good luck Sarah!

You know who else needs a bit of good luck? 25-year-old Katherine Goldberg who was flying from South Africa to London when she consumed an entire pint of whiskey. Afterwards she reportedly developed a mad crush on one of the male flight attendants: “She proceeded to sexually assault one of the crew members by demanding to have sex with him and grabbing his … crotch area.” A tearful Goldberg was granted unconditional bail and will be back in court on September 22. Good luck Katherine. Stay off the hooch and uhm… update your gaydar.

Well that’s it for now, though the week’s not over yet…