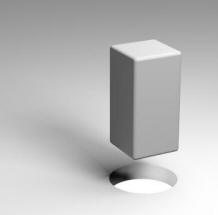 I can’t keep doing this. Every couple of days the New York Times gets it wrong again when it comes to Israel. How many times can the Times try to knock the square peg into the round hole before realizing it’s the wrong shape? Dear New York Times, your theories about the Arab-Israel conflict don’t fit the facts.

In its latest editorial, dated October 19, 2011 and titled Gilad Shalit’s Release, the Times’ editorial staff suggests that Netanyahu’s ability to negotiate with Hamas and come to a deal that requires tough compromise only shows that Netanyahu is capable of doing what the PA wants and he should stop settlement construction in order to move forward on peace talks.

Now that Prime Minister Benjamin Netanyahu of Israel has compromised with Hamas, we fear that to prove his toughness he will be even less willing to make the necessary compromises to restart negotiations. And we fear that the Palestinian president, Mahmoud Abbas, and his Fatah faction, who were cut out of the swap altogether, will be further weakened.

Um, dear NY Times, Israel has already agreed to go back to negotiations. They’ve done so a number of times recently including after the Quartet’s announcement of its plan after the Palestinians approached the UN. The PA, Abbas and Fatah said “No.” It wasn’t Israel who refused, but the Palestinians. Did it occur to your editors that perhaps it is because the Palestinians are so convinced that they’re in the driver’s seat right now that they don’t feel they need to pull over and talk? Did it occur to you that by weakening Abbas and the PA Israel may actually be encouraging the recalcitrant party to begin negotiating?

It’s a good thing they were weakened. Let’s hope they keep getting weaker until they’re willing to talk.

Mr. Netanyahu twisted himself in an ideological knot to get this deal. Only five months ago, he wanted to cut off tax remittances to the Palestinian Authority and urged the United States to halt aid because Mr. Abbas tried to forge a unity government with Hamas, which controls Gaza.

Dear NY Times, Mr. Netanyahu did not get into bed with Hamas. He gave them a huge number of prisoners in order to release a prisoner after years in which negotiations had been ongoing. That is not the same as supporting, partnering or jointly governing with a terrorist organization.

The only ideological knot he finds himself tying is the one where no compromise should be made with terrorists. To remind the NY Times, just as he has changed his opinion on this point, they should be encouraged to change their skeptical opinion of how he hasn’t actually changed his views on agreeing to a Palestinian state. Chances are that if he can compromise on the former, he can compromise on the latter. And he has. He has said so openly and yet the Times prefers to blame him for the stalemate instead of the party which has repeatedly refused to make any compromises and come to the negotiating table – the Palestinians. Mr. Abbas.

One has to ask: If Mr. Netanyahu can negotiate with Hamas – which shoots rockets at Israel, refuses to recognize Israel’s existence and, on Tuesday, vowed to take even more hostages – why won’t he negotiate seriously with the Palestinian Authority, which Israel relies on to help keep the peace in the West Bank?

Israel keeps offering to negotiate “seriously” with the PA. They say so over and over.

Mr. Netanyahu’s backers claim that his coalition is so fragile that he can’t make the compromises needed to help revive peace negotiations. But he was strong enough to go against the grief-stricken families of those Israelis killed by the Palestinian prisoners he just freed. “I know that the price is very heavy for you,” he wrote to them. Why can’t he make a similarly impassioned appeal for a settlement freeze for the sake of Israel’s security?

But Mr. Netanyahu DID freeze settlement construction and all but stalled every Israeli construction project in eastern Jerusalem for 10 months. The Palestinians still didn’t come to the table, just at the end to show they could show up. Why would Netanyahu repeat this mistake in order to facilitate a Palestinian charade?

And if he does stall construction again and the Palestinians don’t come to the table again, will the NY Times editorialize about Abbas needing to make compromises or about how Netanyahu needs to do more and compromise on other Palestinian pre-conditions like declaring the ’67 lines Palestinian borders prior to the negotiations about borders even having started? My guess is the Times will blame Netanyahu again. Square peg, meet round hole.

The United States and its partners should keep trying to get negotiations going.

Yes. They should pressure the Palestinians to come to negotiations, Israel has already consented.

Mr. Abbas should see the prisoner swap for what it is – a challenge to his authority and credibility. The best way to bolster his standing is by leading his people in the creation of a Palestinian state, through negotiations.

Correct. Perhaps you should begin to blame him for not having the courage to make tough decisions, for not preparing his people and government for compromise, for refusing to give up anything while seeking to achieve everything, and for being an enemy of the various peace offers Israel has made to him and his predecessor?

As for Mr. Netanyahu, we saw on Tuesday that the problem is not that he can’t compromise and make tough choices. It’s that he won’t. That won’t make Israel safer.

Here’s another take on this: Netanyahu has shown that he can compromise and make tough choices. In other words, he can make peace with the Palestinians on a two-state basis.

Netanyhu won’t, however, and rightly so, cut a stupid deal or enter negotiations with all his leverage lost. Tough choices and compromise, yes. Stupidity and mistakes that could change the profile of the future with no reason to make these compromises, no.

What the NY Times editors have to understand is that the conclusion here is exactly the OPPOSITE of what they suggest. They are acknowledging that Netanyahu does have the ability to make hard choices and to compromise. They are acknowledging that he has now proven that he has the will to do this. So why hold him responsible for the stalled talks? Go and blame the other party who isn’t coming to the table, Abbas and the PA. After all, if there had been any doubt about Netanyahu’s courage and significant change of philosophy, those have been dispelled. It’s the other party that hasn’t shown good faith, any desire to compromise, courage to make hard choices or a semblance of sincerity about achieving a final peace.

But gosh darn it, if the NY Times actually wrote an editorial blaming the Palestinians instead of Israel, the ugly question of whether the Palestinians actually mean it when they say they want peace would have to be answered. The blame would have to be apportioned by the Times’ editors to the party that has been seeking to evade a deal with Israel instead of applying it to Israel – the party that has offered a deal 3 times in the past decade and has expressed willingness to make another offer if they had a partner.

The editors at the Times are scared, however. That’s because underneath it all they must know that if they moved that square peg over to the next hole, the square one, it would fit right in.

UPDATE: A couple of days later, the Palestinians indicate yet again that they’re not ready to come to negotiations. This is after the Quartet demanded the two sides come to the table with maps within three months. Israel accepted.

I wonder whether the NY Times will be blaming Israel and Netanyahu again soon? Actually, I don’t wonder because I’m positive they will.

2nd UPDATE: Israel has now offered a settlement freeze to advance talks. The Palestinians have rejected the offer as incomplete. We now await breathlessly for the NY Times to write an editorial blaming the PA for stalling peace talks.

Not really. Actually, we expect the NY Times to write yet another editorial about how Netanyahu should give up more. After all, the Palestinians truly want compromise and peace and if Israel just gives them whatever their last demand happens to be, surely they will finally come to the table and negotiate in good faith and not walk away when they are offered virtually everything they’ve asked for except the actual destruction of Israel.