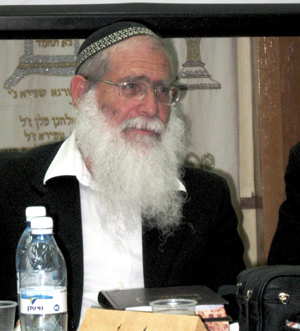 Here is an example of the importance of having a Woman’s Voice movement that has women singing or humming whenever they are out in public places with men in the vicinity:

However, in a radio interview on Thursday, Rabbi Levanon criticized a possible ruling that would forbid religious soldiers from leaving events over women’s singing, saying…

“[The IDF] is bringing close the day in which rabbis will have to say to soldiers ‘you have to leave those events even if there’s a firing squad outside, and you’ll be shot to death,” Levanin said.

The Elon Moreh rabbi said he hoped that there will be “some wise people who will thwart this horrible move, and if not we’ll have no other choice,” adding that he would “recommend anyone who asked me against joining the army.”

Do you know why this wacko rabbi is such a sourpuss? It’s because he doesn’t have the joy of women singing in his life. Sadly, he is so joyless that he also appears to be educating a generation of young followers to follow his lead.

Now try to imagine the great joy that he, and his students, will experience if he could hear women singing wherever he goes? I think he’d be delirious with joy. You will change his life! So please help him if you can. If you’re a woman near or at Elon Moreh, his home community, sing away wherever you go. And if you’re not near Elon Moreh, don’t worry, sing away whenever and wherever you see men who look like they might be from Elon Moreh. Do it out of love for your Jewish “family” and do it out of sympathy for these forlorn and joyless cuckoo rabbis who belong with the Taliban or the Iran Supreme Council. Believe me, you will be doing them a world of good and also yourself. After all, he’s trying to shut your mouth.