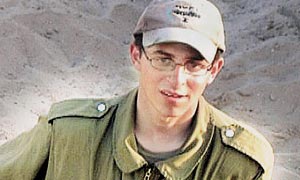 Gilad Shalit has been back home for a while and the Israeli press has been pretty chill about giving him his space. The Paparazzi have left him alone and everyone has acted honorably in allowing him to reintegrate at his own pace outside the glaring lights of the media. Now we have seen Gilad’s first tentative steps into normal life – he has opened a Facebook account:

The Shalit family reported that several days after returning to his home in Mitzpe Hila, Gilad began to catch up with technological innovations and learn about the immense popularity gained by the social network during his years in Hamas captivity… At this stage, other Facebook users cannot add his as a friend, send him messages or write on his wall. In addition, he has yet to install the social network’s latest addition â€“ the Timeline, which tells a person’s life story through photos, friendships and personal milestones… Shalit currently has only few people on his friends’ list, including his sister and close friends. He appears to have a sense of humor, as he has joined a group calling for his release. The group, which has more than 300,000 members, is naturally no longer active… Shalit also recommended a link to a video titled, “The best basketball shot of 2011,” from American college basketball.

We’re also pretty sure that despite being new to Facebook, Gilad already hates the Timeline feature. For obvious reasons. And while I am on the subject, I know you’ve been through a lot, but… No. I do not want to join your Mafia family. Sorry.