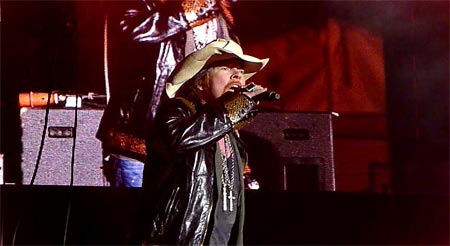 Well, that’s as fitting a response to the BDS (Boycott, Divestment and Sanctions) ninnies as I have ever seen. Despite loud whining from the usual suspects, Guns n’ Roses performed last night in Tel Aviv in front of a massive, sold out audience. The video above shows GNR guitarist Ron “Bumblefoot” Thal, aka Ronald Jay Blumenthal, performing Israel’s national anthem Hatikvah before seguing into “Don’t Cry.” To say that the audience, who sang along of course, was enraptured, would be a gross understatement.

Say what you will about Guns ‘n Roses, but it was a great show. Axl’s voice was spot on and he was energetic – bouncing around all over the stage. The band was spectacular, totally professional and totally having a good time. A big thanks goes out to Tommy Stinson, GnR bassist and founding member of the legendary indie band The Replacements, who got me my tickets and “VIP” passes. Tommy’s manager back home is Jewlicious’ own Ben Perlstein, master of logistics, talent and cynical post-hipster humor. I really should thank him. Oh wait… I did: 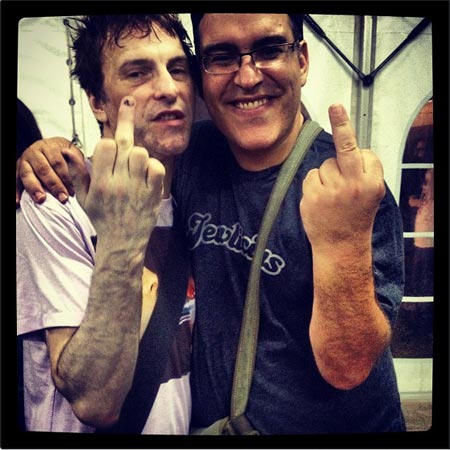 Hey Ben! Tommy and I say thanks!

Even Rabbi Sarah had fun. She’s more into the female singer/songwriter Ani DiFranco thing. But she got to meet Whit Crane of Ugly Kid Joe (who opened for GnR. When she was 13 she used to listen to “Cat’s Cradle” incessantly and it spurred her to learn guitar. The rest is history. 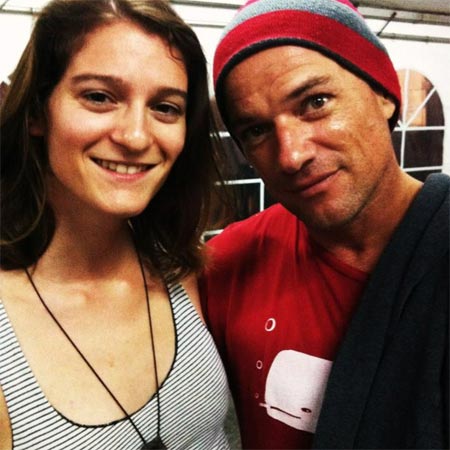 So yeah. Another BDS failure. Thanks Guns n’ Roses for a great night! 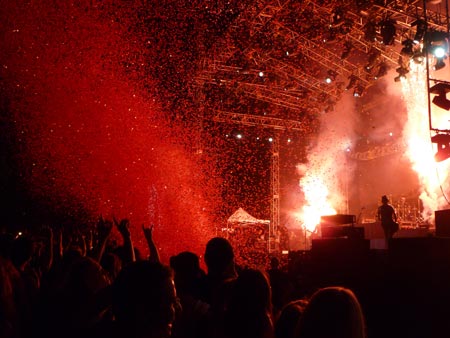 Sorry about the bad video and audio on that magical Hatikva moment. However, if you want to support Jewlicious despite my sucky video equipment and lack of skills, please participate in our fundraiser – every donation helps – and none of the money goes to me. It’s in the support of our amazing Festivals. Thanks!