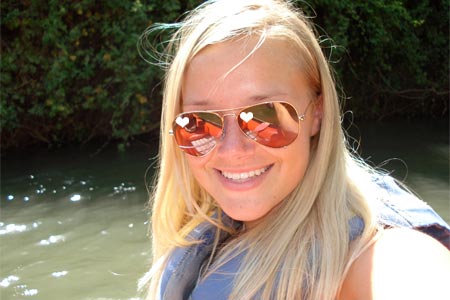 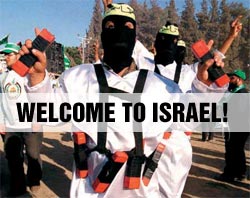 Every oleh has a story. My story is particularly unique because I never even wanted to come to Israel in the first place. As a Jewish girl, I attended many Christian schools in the U.S. I was never proud to be different and had lost my Jewish identity along the way. My mother sensed this and signed me up for Taglit Birthright Israel the Summer after my first year of college in the US. I was, naturally, furious with her as I had no desire to acknowledge my heritage and visit the “Holy Land.” But fear was another large factor. The news media in the US frame Israel to be this constant war zone under siege (which isn’t entirely untrue). But I assumed suicide bombers were walking the streets freely and that this trip could possibly end my life. Of course I didn’t want to go.

When I finally gave in and boarded the plane to Tel Aviv, I let go of all my expectations. Get through these ten days, then it’s back home to normalcy I told myself. But when we landed and what I saw was a developed country with a gorgeous airport I started to think differently. The Israeli participants on our trip were waiting for us in the Arrival Hall at Ben Gurion and they made us do this cheer about being “achim” (brothers). It felt incredibly lame at the time, but by the end of the trip I would be chanting this cheer with vigor and pride.

Every new day on Taglit was eye opening. I almost wanted to apologize to this land because I had so misjudged it. Not only had I begun to enjoy myself, I didn’t want to leave this place. It was just a few days into our trip and the Second Lebanon War began. We were the last bus to tour the North safely. It was difficult to understand that a war was going on, especially because everyone was acting so normal. Then something happened that would change my life forever. I met Lior.

He had come over to tell us that a friend of another soldier on the trip was killed in Gaza and that he would be leaving in the morning to attend the funeral. This triggered a lengthy conversation about army service in Israel. Here I was, a nineteen-year-old American sorority girl, talking to a nineteen-year-old Israeli guy with an M-16 slung around his shoulder. I was fascinated by the fact that we were so similar, yet had so many different life experiences because of where we grew up. I felt selfish â€“ what had I done for my country? Besides that, he was infectious. He was intelligent and curious about my life, about me. Excuse me, but I’m not the one holding a giant gun â€“ I’M interesting? I had fallen for him in exactly five minutes, and I remember borrowing someone’s phone to call my mother in the US, crying and telling her that I was in love. (Side note: I was already in a two year relationship with a Christian guy so emotions were running high).

Maybe it was young love, and maybe it was a passion for this new country that in ten days I felt so strongly connected to, but when I got home to Chicago I knew I had to come back. I pleaded with the director of the Overseas Program at Tel Aviv University to let me in on their program that year. She sympathized with me (and my grades were good enough) so she said yes. I was back in Israel a month after I came on Taglit and from there it’s history.

In case you’re wondering, Lior and I are still together. Six years and counting. After getting a degree in Communications from IDC Herzliya and a Master’s in Journalism from City University in London, Lior and I are now living together in Ramat Hasharon. I insisted on living here because his parents live in the area and I always thought it was the perfect town because it has a small town feel and a big city feel at the same time. We really have our own little schuna here. I’m friends with the man at the fruit stand, and many elderly women in the area have befriended me and my dog. I never feel like I am alone here, and after many years of cultural differences and struggles, I call this place my home.

Meredith Ross is a native of Chicago. She lives with her boyfriend Lior in Ramat Hasharon and works for preen.me an Israeli beauty industry start up. Meredith is obsessed with her pug Jacques and loves hummus masabacha.