Israel Votes: The Day After 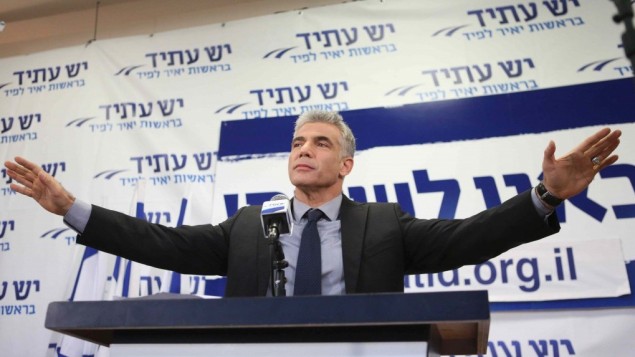 Yesterday was election day in Israel. It began inauspiciously enough… Google Israel graced us with an appropriate Google Doodle, the sun was shining and outside it was unseasonably warm and spring-like. People streamed off to their designated polling stations and social media was full of photos of happy voters.

Someone put together election slips to read “Hopah Gangam Style”

The results at the end were as follows: The right won 42 seats – 31 for PM Netanyahu’s Likud-Beiteinu and a disappointing 11 seats for Naftali Bennet’s Habayit Hayehudi (who were polling as high as 16 seats). The far right Otzma and Hayisraelim didn’t make the cutoff and got no seats. The ultra Orthodox parties, usually allied with the right got 18 seats – 11 for Shas and 7 for United Torah Judaism. The Center-Left bloc got 48 seats – 19 for Yair Lapid’s Yesh Atid party, 15 for the Labor Party, 6 for Meretz, 6 for Tzipi Livni’s Hatnuah Party, and 2 seats for what’s left of Kadima. The Arab parties managed 12 seats with 5 for the United Arab List, 3 for Balad and 4 for Hadash.

What does that all mean? Yes. Benjamin Netanyahu’s combined Likud – Yisrael Beiteinu list got the most votes. However, ideologically the Knesset is at a tie with only 60 seats going to the right and 60 seats going to the Center Left/Left. If Benjamin Netanyahu hopes to form a government, he must include elements of the left. This is going to be interesting because Likud anticipated a right wing surge and purged its list of moderates – probably in response to Bennet’s Habayit Hayehudi’s surging popularity.

So who won? Yair Lapid and his 19 seats definitely kicked ass. Netanyahu and Likud’s showing was very disappointing and Naftali Bennet did not do as well as was expected. Now what’s going to happen? It’s hard to tell. Many are hoping for a national unity government that includes both Lapid and Bennet – odd ideological bedfellows – and excludes the Haredi parties. Others see the possibility of a right-wing alliance with Kadima that would keep the Haredim in power and make a king maker out of Kadima’s Shaul Mofaz who could then flip the bird to Tsipi Livni who used to head Kadima. That scenario would essentially mean the maintenance of the status quo, albeit a weakened one, with a fragile 2 seat majority. The first scenario seems most likely and Lapid’s inclusion in any future government is almost a given.

Why “almost?” Because you just never know what shenanigans Israeli politicians could get into. Netanyahu can decide not to try and form a government and head a caretaker government ahead of more elections in the future. No one’s really certain where all of this will go, but I have a feeling that no matter where that is, it will involve yet another election within the next 12-24 months.