What Would Anne Frank Say to Justin Beiber? 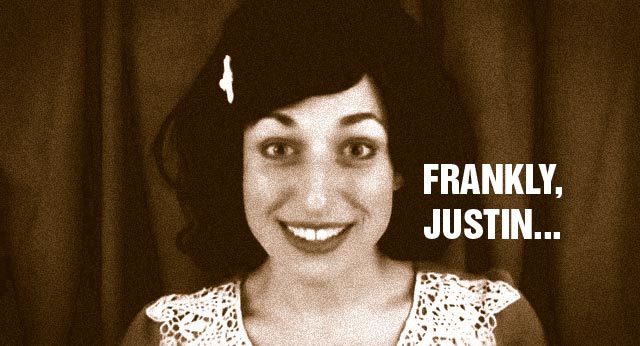 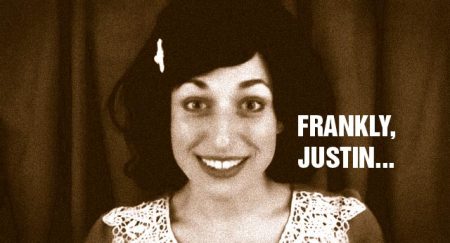 As we reported previously, Justin Beiber visited the Anne Franke House in Amsterdam. There he signed the guest book and asserted that Anne Frank, had she been alive today, would have been a “Belieber,” as those die hard fans of the Teen heart throb are known. His exact words were “Truly inspiring to be able to come here. Anne was a great girl. Hopefully she would have been a belieber.” Needless to say some people took offense to his statement. Why? I guess because Anne Frank is like… untouchable. You can’t joke about Anne Frank. You can’t put Anne Frank in a Keffiyah. You can’t cleverly name your band after her. If the Holocaust is how many Jews practice their Judaism and Holocaust museums are the new temples, then Anne Frank is our Virgin Mary. And this justifies over-the-top indignation at the awkward but well meaning words of a coddled teen pop star? And what of his fans? It turns out many didn’t even know who Anne Frank was:

Who’s Anne frank and why is Justin visiting her house? Why can’t he come to my house 🙁

whos anne frank and why is she bullying justin bieber

OMG WHO CARES ABOUT ANNE FRANK. I JUST WANNA KNOW IF JUSTIN’S GONNA DO AGAIN AN EUROPE TOUR HALLO

I didn’t even know who Anne Frank was until Justin taught me. That man is amazing. #Belibers4eva

But the question remains… what would Anne Frank say to Justin Bieber? Well according to Anne Frank’s step-sister Eva Schloss:

“It’s so childish,” she says, sitting in her home in London’s Maida Vale. “She probably would have been a fan. Why not? He’s a young man and she was a young girl, and she liked film stars and music. They make a lot of fuss about everything that is connected with Anne Frank.”

They do indeed. Here with the final word is Jen Dodd, a YouTube based character comedienne, as she portrays Anne Frank giving Justin Bieber what for! Yes. I’m sorry to say that it’s funny. Get over it. I’m pretty sure that’s what Anne Frank would have wanted.