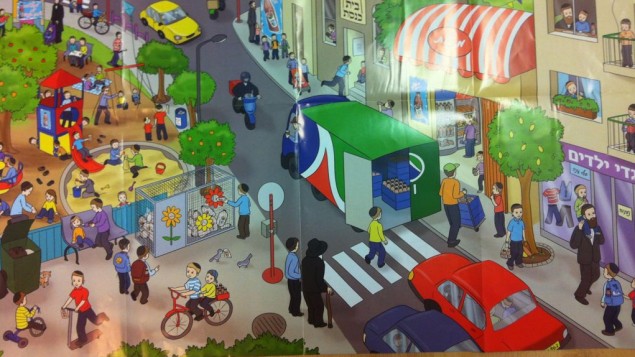 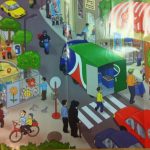 Israel’s dairy producer, Tnuva, is advertising its brand in a world where everyone is a Waldo, or at least a male. Sure, a company has the right or imperative to segment its markets and communicate its brand messages to them. In this case, Tnuva is merely advertising to haredi consumers using all-male images so as not to offend anyone by showing a female human (or cow), even in cartoon form. Tnuva’s Ramadan ad campaign which is targeted to Moslem consumers includes both animated men and women.

Also, in an effort to sell more to haredi families which consume large amounts of foodstuffs and dairy products, Tnuva has launched a chocolate milk campaign contest in which lucky children get to drive in a Tnuva truck and distribute free milk samples. The contest is open to all children and not just boys. CEO Eric SHore was unavailable for comment on whether the udders of animated cows in ad posters would be censored.