5 Comments
by wendy in furs
106 Views 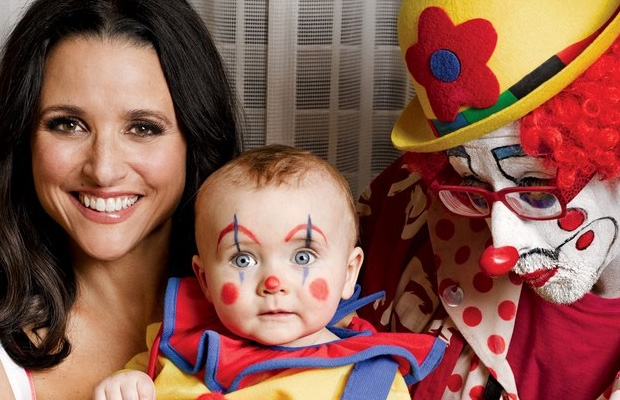 I think the Seinfeld curse is over. Julia Louis-Dreyfus’s Veep just finished its second season and we’re for sure going to get a third. In the show, Julia Louis-Dreyfus plays the Vice President of the United States, Celina Meyer. While the show has yet to make it to 5 seasons like The New Adventures of Old Christine for which she received an Emmy, at least this time around 53-year old Dreyfus now has a nude pictorial under her belt for GQ Magazine. Yeah, the comedy issue has Louis CK on the cover, but really, would you wanna take a shvitz with that guy, let alone conceive a clown baby? Yeah. I didn’t think so. Clown baby. That’s pure comedy gold!