Yarmulkes: Like Painting a Big Target on Your Head 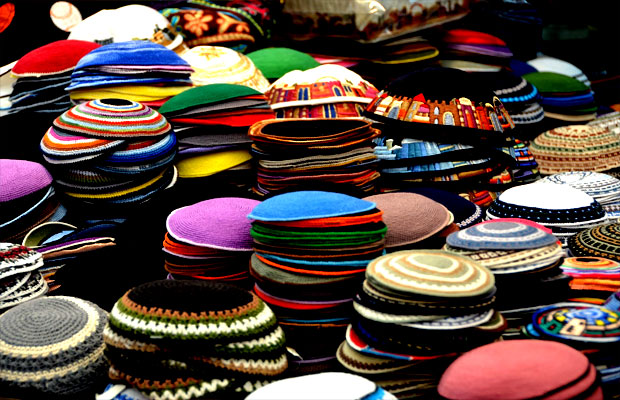 That’s it. I’ve had it! I’m just about ready to stop wearing a kipah in public. Call it kipah, yarmulke or skull cap, it is what all religious Jewish men wear at all times. Don’t ask me why. As Tevye explains in Fiddler on the Roof, “it’s a tradition.”

But quite frankly I’m tired of wearing one here in Israel and here’s why. No it’s not because I’m planning on making some sort of religious statement or am becoming less religious. It’s because of all the aggravation that comes with it.

Case and point, minyan hounds. For those of you who do not know, minyan is a synonym for a prayer service. It refers specifically to a quorum of ten men which is needed to recite certain prayers and to hold a public reading of the Tora. (Conservative/egalitarian people who are angry that I said men and not people, get over yourselves. I’m talking specifically about orthodox congregations. How many Conservative/Reform synagogues are there in Israel and that have prayers every day three times a day.)

The most known of the prayers that need a minyan to be said is the Kadish which is mistakenly referred to as a prayer for the dead. There are four different versions of the Kadish and only one of them is specifically recited by mourners.

Now what do I mean by minyan hound. If you live in America, or in a more remote/secular neighborhood here in Israel, then you never have to deal with them. The minyan hounds are the men who stand outside of synagogues and try to get the ten men needed to hold a minyan.

The problem with living in Jerusalem, especially in the Nachlaot area, is that there are just too many old synagogues that can no longer rely on enough regular attendees to ensure getting a minyan. I count at least ten different old Sephardic synagogues within a few blocks of where I live. Most of them still try and hold services every day; even though, most have aging memberships and not enough regulars to rely on for a minyan. As a result, they each send out one person to try and bring in people to make a minyan.

This is who I have dubbed the minyan hound. I have lost track of how many times I have been out right lied to by these people. They are really shameless. Their favorite lines are, “we just need a couple more,” and “you will be the tenth man.” Most of the time, when I used to fall for this, I would enter the synagogue to see that I was actually only one of three. There were just me, one man inside, and the man outside bringing people in.

When I would say, in protest, “but you said I would be the tenth,” the reply would be, “you will be the tenth. We just need seven more.”

I should point out that I am most certainly not referring to people who stand in front of apartment buildings looking to get men for a minyan for a mourner. When someone is sitting shiva he is not supposed to leave his home, or wherever he is sitting shiva. The community is supposed to come to him each day of the seven days of mourning, except on Shabbat when one does not sit shiva. Clearly it is not so easy to be sure to always get a minyan for such a person.

Now I know that it is a big mitzvah to help make a minyan. I do make it to a minyan regularly. The problem that I have is with the rudeness of these people. Also, quite frankly, there are more than enough Sephardic congregations in a small area. I’m not sure what distinguishes them from one another that they all feel a need to stay in business. Perhaps they should get organized and divide the days of the week between them. That way they will always have a minyan.

This also happened to me once on a Friday night. I was on my way to where I usually go and passed by one of the old Sephardic synagogues. A young man tried to pull me in and I said that I was going somewhere else. He then said to me, “what’s wrong? We’re not Ahkenazic enough.” I’m still shaking my head over that one.

I asked the Rabbi of my synagogue about it. He told me that I was under no obligation to go somewhere else. Besides, that synagogue certainly did get a minyan in the end. It’s one of the larger ones in the area.

Another reason why I do not want to wear a kipah anymore is that it makes me a target for secular people who want to vent. I remember once back in the 90s I was in a coffee shop on Azza Street and the waitress there chose to complain to me about some conflict between the secular and the Haredim that was in the news at the time.

Another time in another coffee shop the waitress chose to go into a rant against what she called religious hypocrisy. Apparently, she could not tell the difference between simply heating up food that has already been cooked and actually cooking something. I mean, once you’ve cooked a piece of meat it’s been cooked. She took this to mean that while we say that you may not cook on Shabbat we actually do anyway just because we use a hot plate to warm up cold food. 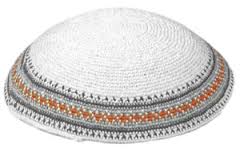 Finally, there are the beggars. They all assume that you are more likely to give them money if you are religious. As a result, they pester anyone wearing a kipah. They are especially annoying before a holiday. If you do not give them money then they will sarcastically wish you a happy holiday.

And while I’m talking about beggars, you should see the hutzpanim who hang out at Shuk Mahane Yehuda. These guys are shameless.

There is this one man in a wheelchair who appears to have cerebral palsy. As if this is not enough to illicit people’s sympathy, he has a sign that says, “I am giving money to ten needy Holocaust survivors.” How is this guy supporting anyone let alone Holocaust survivors?

Then there is this other guy in his sixties who sits in a wheelchair all day long collecting money while drinking beer. I know he does not need to be in a wheelchair because more than once I’ve seen him get up and walk over to a kiosk to buy more beer with the money that he has collected.

Then there are all of the Haredim who walk all over town collecting money. They hold up pieces of paper that supposedly prove that they are collecting for a legitimate cause. Its like they’re saying, “hey you can trust me that I am a legitimate fundraiser. See I have this piece of paper that proves it.” 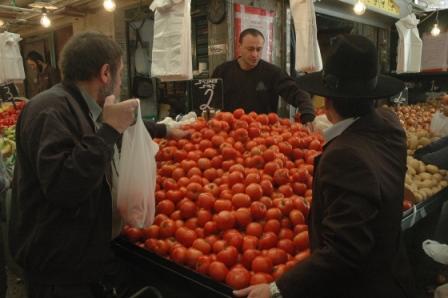 Haredi Man Shopping at the Shuk

They already get my money from my taxes. Whether its income tax, our version of social security and pay roll taxes, import duties or the 18.5% value added tax that applies to all goods and services, even the dentist, the Haredim are already getting my money by way of the government. It goes to their yeshivot which in turn give them a monthly stipend. It goes to them in welfare payments which they qualify for only because the men choose to study for a lifetime in yeshiva instead of working, leaving their families impoverished.

Then there are the property taxes, which in Israel the renter pays. Since they are all poor they get discounts or out right exemptions from paying property taxes to the city council for their apartments. This leads to higher taxes for the rest of us.

So why should I give them my money.

Then there is the outright subterfuge. Once, on a late Friday afternoon at the shuk, I was looking to get just a couple of rolls. One bakery had cut its price from a Shekel per roll to 10 rolls for 6 Shekels because they were close to closing. I had exactly four Shekels in single Shekel coins and I did not want or need ten rolls. When I showed the man my four Shekels and before I said anything he offered me the ten rolls for only four Shekels.

I only need four or five rolls, so what was I to do with the rest. Well there was a Haredi man who said that he was collecting charity for food for Shabbat for himself. He saw the bakery where I had just gotten the rolls. He could see that it had a Haredi kashrut certification. But when I offered him some rolls for Shabbat he declined them.

What’s that old saying? Beggars can’t be choosers. But I guess sometimes they can.