Cinema City Israel’s VIP Service: Is It Worth It? 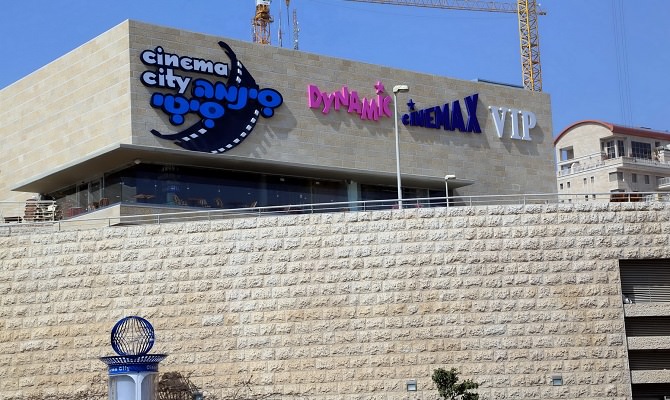 You kids out there are probably too young to remember what it was once like waiting for the latest blockbuster movies to come out in Israel. It used to take up to a year.

When I was a student here in the fall of 1988, most if not all of the movies that were playing here had come out in the US the previous spring and summer. I had to wait until the spring for any of the big fall/winter movies to come out. By the time I got back to New York the spring movies had already left the theaters and I had to wait to see them on video.

Star Trek Generations came out in time for Christmas in the US in the fall of 1994. But that was after the Israeli school Chanukah vacation so the distributor pushed back its release until Pesach. I was in New York that spring and the movie was already available on video and no longer in the theaters so I missed the chance to see it as God intended. That was the only Star Trek movie that I did not get to see in the theater.

All of this was because it was so much cheaper for the Israeli distributors to wait a while after a new movie came out to acquire it for Israel. The longer they waited, the cheaper the print would be to rent. That also meant that they got old and used movie prints which were clearly in poor condition when they were viewed.

But today the movie studios are dealing with international piracy. New movies are always available for download or live streaming as soon as they come out. I can never understand how people can watch those pirated copies since they are made with video cameras in the theaters and have such awful quality.

To combat this the major blockbusters like the super hero movies or the Lord of the Rings movies are all released worldwide at the same time, even in Israel. In fact, some movies are actually released here before America. This was the case recently with the new X Men movie and Godzilla.

More and more movies are now released in a digital format, rather than on film. This means that there is no print to rent, just a digital file. The major expense for movie theaters is installing the digital projectors.

Another positive change here has been in the quality of the theaters.

When the multiplex in Talpiot Jerusalem first opened in 1993, it was a great place to see a movie. But over the years it became more and more decrepit.

Now there is a new multiplex in Jerusalem. It’s a branch of the national Cinema City Chain and for now its theaters are all brand new and clean.

Cinema City also offers a special service called the VIP. For 129 Shekels (About $35 at the current exchange rate) movie goers get treated to a special theater with large comfortable leather easy chairs, which have electronically controlled foot rests and reclining backs. 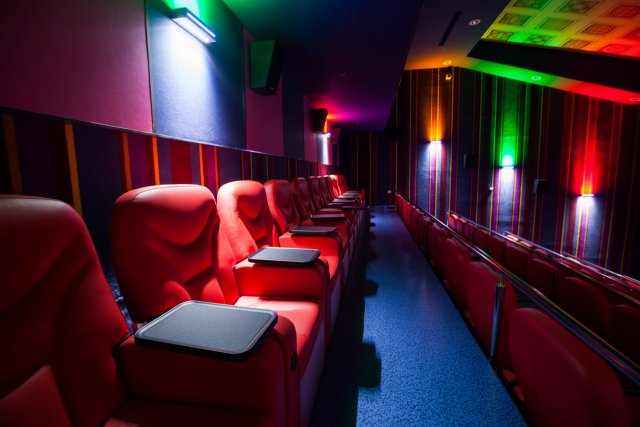 Starting 30 minutes before show time, VIP ticket holders are admitted to an all you can eat buffet. Only the Jerusalem VIP is officially kosher as the chain’s other branches are all open on Shabbat. The Jerusalem buffet is all dairy.

I decided to check it out last week when I saw the new X Men Days of Future Past. The buffet food was all you can eat, but nothing special. There were two different types of potato dishes, several mini wraps and pizzas, some kind of Chinese noodles dish, a selection of cheeses, vegetables, breads, soup and cookies. There was also an automatic coffee/cappuccino machine.

The food all tasted like it came out of a microwave, but, hey, it was all you could eat.

Once the movie began the buffet was closed. But wait! There’s more!

Only the main dishes were taken away. All of the drinks, including the beer, the desserts, including the ice cream, and an unlimited amount of popcorn were all still there. You could take as much as you wanted into the theater and go back out to get more as many times as you wanted.

For the first time I was disappointed that a theater in Israel did not stop a movie at the exact middle, no matter how short it was, for a completely unnecessary intermission.

Unfortunately it’s already spring so I did not have a coat with me with pockets to fill with food for the trip home.

Since I already mentioned it, I’ll say a few words about the movie itself. I really hate it when movie critics can’t just admit that they hate certain genres like sci-fi and comic book hero movies and will never like those movies. Personally I love those genres, which is why I was so disappointed in 4 of the 6 previous X Men movies.

I was never a fan of the comic books so I wasn’t disappointed in their recreations of the X Men on film. I just thought that the first and third installments as well as the Wolverine spin offs lacked compelling stories.

Fortunately, the last one, 2011’s reboot or prequel X Men: First Class, had not only a great and witty script but a wonderful all new cast as the younger versions of the series’ regulars.

All I’ll say about the new one â€“ I hate it when film reviews give too much away â€“ is that sometime in a bleak future the heroes, played by the original cast members like Patrick â€œCaptain Picardâ€ Stewart, send Wolverine, played by Hugh Jackman, back in time into his old body in 1973 in order to change history.

As the movie plot unwound I told my friend that it was fitting that Patrick Stewart was in it since it seemed like a story line out of an episode of Star Trek. Sure enough, just a few minutes later, the film maker acknowledged this by showing a clip from an episode of the original Star Trek Series as broadcast in a rerun on television in 1973.

Anyway, as for the VIP service it’s worth the money, but once you’ve done it then it has that been there done that feeling. My friends and I agreed that we had gotten the itch to do it out of our systems and would not be spending so much money on a movie for at least a while.

So if you are thinking about it, just do the math: 40 or more Shekels for a movie. 50 or more Shekels to eat out anywhere, especially at the food court outside of the theaters at Cinema City. If you like popcorn and drinks then add at least another 30 Shekels to that.

That already comes to 120 Shekels. Now don’t forget the beer and the fancy seats. The one drawback is that if you actually like 3D they do not offer it in the VIP theaters.

Also, the image on the screen had somewhat of a grainy look to it. It felt like the screen was too big for the image and in order to fill it the picture was expanded too much. You know what I’m talking about if you ever tried to blow up a picture file in only kilobytes to fill your computer screen.

But it is certainly worth it for a one time treat.

Did I mention the beer? 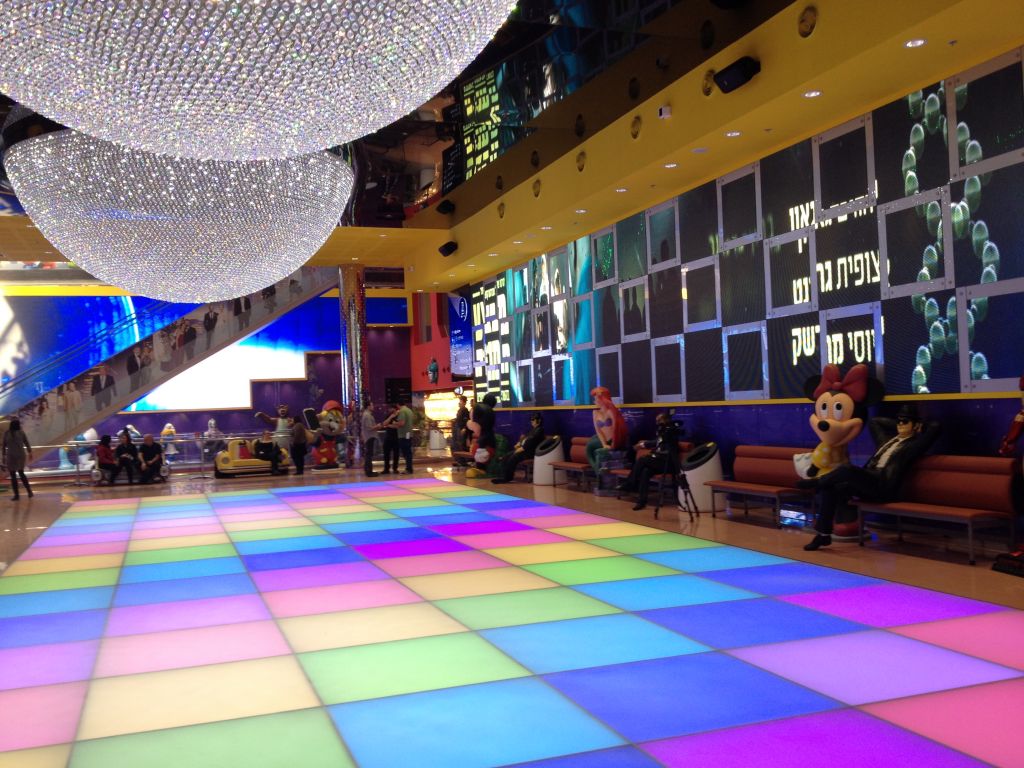 The waiting area opposite the snack bar