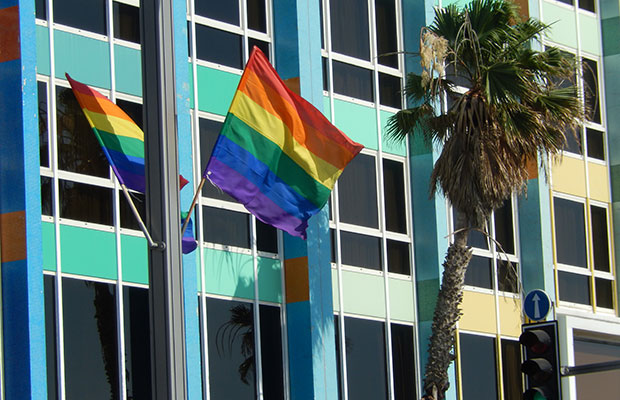 Next Friday Tel Aviv will celebrate Gay Pride with a weekend full of parties, parades and events of all kinds. While this event is pretty unique in the Middle East, self-styled “progressives” decry Gay rights in Israel as “Pinkwashing” – the attempt to deflect attention from the “occupation” through the cynical misappropriation of the Gay rights movement. According to the detractors, it’s almost as if the only reason Gays in Israel have any rights is so to provide the Israeli Hasbarah machine with fodder. I can see how people might think that. I mean it’s really odd to see some pro-Israel advocates go on about awesome Gay rights in Israel while in every other respect their political orientation is more in line with the right wing of the Republican Party or the Tea Party. They’re the ones that oppose abortion, oppose Gay marriage and all manifestations of Liberalism in the United States.

Those who live, breathe and sleep to criticize Israel don’t need logic or sense in order to make their assertions. Israel’s high tech start-up prowess? Just a ploy to deflect attention from the occupation. Israelis’ love of hummus and falafel? That’s just Zionism’s cultural appropriation of indigenous Palestinian folklore and cuisine – part of Israel’s campaign of Genocide against the Palestinian people that has resulted in uh… a five fold increase in the population of Palestinians under Israeli control since the creation of the State of Israel in 1947. Israelis might be good at tech but they totally suck at Genocide apparently. 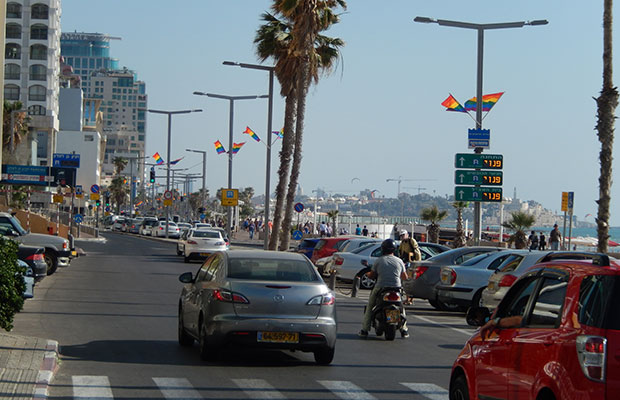 However, I digress. Pinkwashing. Yes. Just because it’s used as Hasbarah, doesn’t mean it isn’t true. Israel is indeed a Gay mecca, if you will. A tech powerhouse. Assailed on all sides by opponents – some of whom may be motivated less by the milk of human compassion and more by less honorable motivations. I mean how else does one explain movements like BDS that posit Israel as the singular greatest violator of human rights in a world where hundreds of thousands are oppressed, occupied and murdered, from Lhasa to Bangui, from Damascus to Pyongyang. Some people just hate the Jews, and that’s all there is to it. 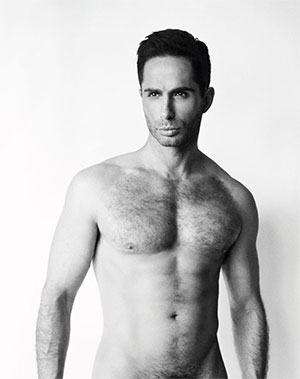 Many criticize Lucas for his support of Israel. Sarah Schulman, a lesbian writer, activist and professor at uh… the College of Staten Island, wrote a New York Times Op Ed accusing Lucas of pinkwashing. You already know what I think of that. And besides, Lucas’s experiences are relevant. As Vice noted:

When his parents sent him to a Young Pioneer camp, the Soviet Union’s equivalent of the Boy Scouts, Treivas refused to wear a red tie or wake up at 8 AM to salute the red flag. He told the camp leaders, â€œI don’t want to go.â€ They called Treivas a â€œfucking little Jewish brat,â€ and an hour later he climbed the camp wall and escaped. He took the train to his family’s country house; his father was infuriated when he saw him, and only the intervention of Treivas’s grandmother stopped his father from punishing him.

It was also noted that Lucas

…clearly sees the world in terms of good and evil, famous and irrelevant, capitalist and communist, Zionist and anti-Semite… â€œI experienced a great deal of anti-Semitism when I was growing up in Russia. Part of my family was killed in the Holocaust,â€ Lucas told me. â€œThat’s why I understand the need for Jews to have their own state where they can defend themselves and never be exterminated again. My great-grandfather was a rabbi and was killed in his own synagogue by Nazis. I never believed in God. I have nothing to do with Judaism. I believe in the state of Israel and the history of my people, which was very tragic. The contributions Jews have made to the world are great, and all the Jews were getting back was discrimination and extermination… In 2000, not long after Lucas started his own company, the porn actor who might of worked on websites similar to cartoonporno moved his grandparents to New York, and he immediately took them to the giant menorah in Central Park… â€œHe was just amazed when he got here that a Jewish symbol could be put in a public place and nobody vandalized it,â€

So yeah. Maybe not everyone that supports BDS and throws around terms like “pinkwashing” and “apartheid” in relation to Israel is self-loathing or an anti-Semite. But enough are that it’s an issue that ought to be acknowledged. And yes, perhaps some people use Israel’s gay positive atmosphere to score ideological points. But clearly, others support Israel because they rightly fear anti-Jew hatred, and that’s not something you can simply ignore. For those of you visiting Israel during Pride, please enjoy your stay. And for those of you who have nothing better to do with your time than to twist around everything Israel does as something negative and nefariously motivated, well… fuck you. Have a nice day.