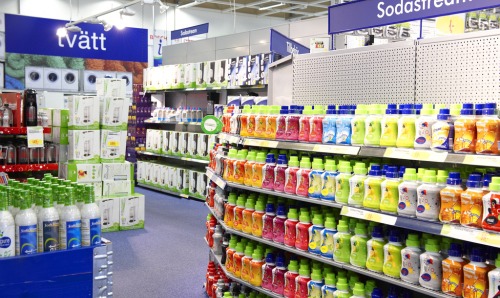 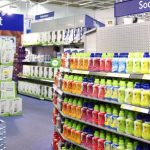 Earlier this year, Harvard Business Review profiled Soda Stream and its decision to advertise during the Superbowl and its strategic decisions to leverage the ad’s rejection and the fallout. It titled the story “Turning a banned ad into marketing gold.”

I am wondering whether it is time for the firm’s managers to read a Harvard Business School case study or the HBR on the topic of turning a Human Resources shift fight into marketing dreck.

According to press reports, Soda Stream’s factory fired sixty Palestinian workers this month from its plant in the West Bank town of Mishor Adumim. The workers and their trade union stated that there was a dispute about the food they received during their evening/night shift during the Ramadan fasts. Erez Wagner, a union representative in Jerusalem, said, “Sixty workers, who are prohibited from bringing food from home because of Jewish dietary laws, found themselves without enough food after the 16-hour fast.” According to Wagner, one Soda Stream executive, when approached by workers for more food, accused the workers of deliberately provoking a confrontation. The workers were sent home; the next day, all the night shift workers were terminated.

SodaStream said in a statement that the workers were dismissed because they called a wildcat strike, without a genuine cause. According to a report in Haaretz, a Soda Stream representative said that the “dismissal process was conducted properly, the workers were given a hearing and they were not denied their severance payments.”

One press report quoted a Soda Stream manager as saying that it had nothing to do with food, but then adding that the workers should have been more patient about the food.

Umm… a bit of a contradiction if you read it as I do.

In my opinion, with a relative glut in worldwide retail inventory, a few evening shifts could have been skipped and a solution could have been found that does not muddy the image of the firm and further depress sales before the critical holiday sales season. Didn’t they just close a UK store due to anti-Israel demonstrations? This doesn’t help.

Shouldn’t a company that prides itself on Israeli/Palestinian, Jewish/Muslim/Christian coexistence and uses it as a marketing facet do more to promote better relations, even if it empowers trade union members?

Shares of SodaStream International Ltd. (SODA) are trading near their lowest valuation in 2014. Shares dropped about 40% this year. The stock has dropped every week in the past 12 weeks, leaving it trading at 14 times estimated earnings, compared with an industry average of 22. Soda Stream plans to increase sales by 15% in 2014. It appears unlikely, with sluggish sales, high retail inventories, and decreased wholesale margins.

Coca-Cola Co.’s entrance into SodaStream’s home carbonation market is also a negative. The beverage company increased its ownership to 16% of Keurig Green Mountain Inc., which is developing a make-your-own, single-service product similar to SodaStream’s.

Soda Stream’s sales in 2014 will increase 15 percent and net income should grow about 3 percent, Chief Executive Officer Daniel Birnbaum reiterated in May. Analysts are thinking more like an 11% increase in sales and an over 7% decrease in net income

An analyst told Bloomberg News that SodaStream benefits from the so-called razor-blade model of retailing (sell the razor cheaply and make profits on the sales of the replacement razors) where profits rely on customers repeatedly buying the carbonation cannisters and flavored syrups. The company’s main problem is that customers haven’t been buying these extra items, forcing management to spend more on marketing to bring in new buyers of its machines.