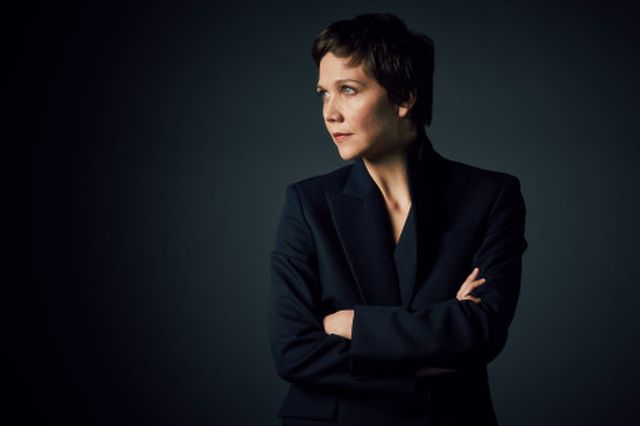 Please do not let yourself be fooled into wasting any of the precious few minutes of life that we have in this world watching the new British miniseries The Honourable Woman.

This is not a spelling mistake. That is how they spell honorable in England.

This pretentious program, which stars Maggie Gylenhall, purports to be a sincere attempt to depict the complex issues at the center of the Arab-Israel conflict.

From a purely technical perspective the series is boring, slow moving, filled with silly wooden characters and a waste of some truly excellent actors, such as Stephen Rhea and Gylenhall, who seem to have been told by the director to deliver their lines as if they are sleepwalking.

The story itself feels like a bad rip off of a bad Robert Ludlum novel. The heroine Stein, played by Gylenhall, is the British daughter of a successful Israeli businessman. At the opening of the series she was just appointed to the House of Lords. When Stein was a little girl she witnessed her father get stabbed to death at the hands of an Arab terrorist.

Now she has set out to singlehandedly bring peace to the Middle East.

I’m wondering what possessed the usually reliable and excellent actress Gylenhall to do this project. Maybe it was because it gave the American a chance to practice her fake British accent.

In a television interview promoting the show she recently came off as unbelievably pretentious as she described how much she learned about the conflict just by making the show. I wonder why, then, she isn’t being interviewed daily on the world news channels about the current fighting in Gaza.

Some people are actually saying that its recent premiere in America is somehow timely.

I have only seen the first four episodes which already aired in England. It’s run on the cable Sundance Channel in America only began last week. The fact that Sundance was the only channel that wanted it says a lot.

But here are some examples of this show’s misleading portrayals that betray its producers’ complete lack of real knowledge or understanding of anything that actually has to do with Israel and the overall conflict.

I do not like reviews which give away important plot points, but I will make an exception here because it is the only way I know to describe how bad The Honourable Woman really is.

At one point Gylenhall sneaks into Gaza via a tunnel to investigate what happened to a $1.5 million donation that her foundation gave to a Palestinian university in the West Bank. Apparently that money was somehow diverted to the Hamas in Gaza.

She is then kidnapped by terrorists and considering her purported fame and importance this somehow does not become an international incident.

We later find out that the money was actually a secret payment made on Israel’s behalf to win the release of a captured soldier. We earlier saw a news report showing the soldier’s release that explained that the leaders of the Palestinian Authority convinced his captors to release him.

What? The Hamas released an Israeli soldier for a lousy $1.5 million when they have pilfered millions and millions of dollars from the foreign aid given Gaza for their own use.

Are we really supposed to believe that they would allow the world to think that they gave in to diplomatic pressure and released the soldier without getting anything in return?

Also, there is an American woman who is somehow involved in the suspected murder of an Arab businessman in London. She is outed as an FBI agent on a secret mission. That is how awful the writing is here. No one at any point in the show’s production bothered to correct this mistake. The FBI is not a spy agency and does not send its agents on secret missions outside the US. I guess they meant to call her a CIA agent.

A caricature of an Israeli intelligence agent based in London at one point gives a British policeman a speech about how Jews have suffered for the last 2,000 years. His dialogue here seems to have been taken from a cheesy 80s thriller and sounds like what someone who has never met an Israeli might imagine one would say.

Is there more? Unfortunately yes? But I won’t torture you with further examples of The Honourable Woman’s conceits.

I’ll just leave you with this one word description of it: Pretentious, pompous, stupid, dull and atrocious.

I guess my math skills are on a par with the show’s quality.

I don’t know if I’ll bother watching the rest of the series but if I do and find it to be so much better than the first half as to change my opinion of it then I will start preparing for the coming of the Mashiach.

If you want to see something of real quality that gives at least in some way an accurate portrayal of what goes on here then see Hatufim, the Israeli television series on which Homeland is based or the Israeli movie Bethlehem.