What Converts to Judaism Can Teach Our Rabbis 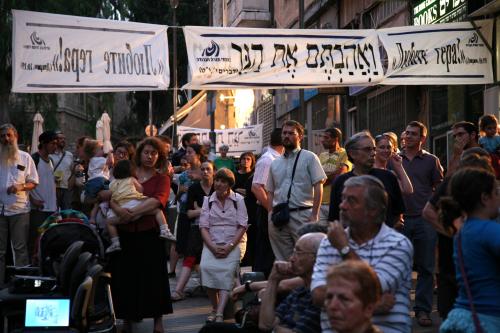 Over the years we’ve discussed conversions on many occasions on this site. For instance, here is one of the more interesting discussions.

A number of days ago a respected and prominent American Orthodox rabbi, Barry Freundel, was arrested on charges of voyeurism. It is alleged that he was recording and watching videos of women using the mikvah at his synagogue. It has since been learned that the RCA, the Rabbinical Council of America, the body which oversees Orthodox rabbis in this country, was aware of some unusual behavior on the part of Freundel, particularly in the area of conversions. It appears that he made some female converts do menial and clerical work for him. He also recommended “practice dunks” in the mikvah for those who were to undergo conversion. To say the least, this is highly unusual. Some of the women apparently complied since he, as the rabbi converting them, held considerable power over when they could finally end the lengthy and demanding conversion process and be considered Jewish. Obviously they had no idea he might be recording them.

Now there are questions about Freundel’s conversions because the rabbi who sanctioned them is allegedly a criminal and, more to the point, may have conducted himself and caused these women to conduct themselves in a manner that would undermine the conversion process. The RCA has determined that all of his conversions were and remain valid. The Israeli Rabbinate, unsurprisingly, is not so certain and is leaving the question open for now.

This isn’t a small matter for either organization. The RCA is well aware has to accept the validity of the conversions lest it be held accountable for letting Freundel off with a warning when they discovered his improprieties a couple of years ago. This is the USA and they could be held liable in the courts. The Israeli Rabbinate, dominated by the Ultra-Orthodox, has been seeking for several years now to undermine the validity of American Orthodox conversions, claiming they aren’t stringent enough. Guess who has a smoking gun now? Guess who wants the RCA to be held liable?

Well, as this new power struggle is about to get underway, I’m here to announce that both the RCA and the Israeli Rabbinate are to be ignored at this point regarding the validity or invalidity of any of Freundel’s conversions. They. should. just. shut. up.

When people go through the process of conversion to Judaism, they go through a very challenging and arduous period. When they undergo conversion to Orthodox Judaism, it is even more difficult because of the stringency and depth of practice and acquired knowledge which require a commitment of years to master. Why do the converts and prospective converts do it? Because these people find something compelling and worthwhile in Jewish life. They find something to love about our traditions and culture. They find Judaism to be spiritually fulfilling. They come to practice our faith not because they were born into it, but because they value it and seek to practice our traditions. Sometimes they do it because they love a Jewish person, sometimes it’s because Judaism fulfills a spiritual need. Regardless of the reason, they go through a demanding process that leaves them at the whim of someone else, a gatekeeper, for years, until he – and it’s always a he – along with other men, deem the convert “ready” to join the Jewish faith.

The problem is that the rabbis, no matter how Orthodox, no matter how outwardly or inwardly devout, are merely men – imperfect like the rest of us. They may be learned in Torah and other Jewish texts and they may know their way around a talmudic debate, but that does not make them any less flawed as people. That’s why some rabbis are caught on charges of voyeurism, others are caught on charges of bribery, some with charges of child molestation, some with charges of theft.

Even the least Jewish-educated prospective and actual convert among Freundel’s converts represents a better Jewish person than these rabbis I’ve listed. And these are prominent rabbis whom I’ve described, all Orthodox and, of course, all men. They are dirty criminals who used their rabbinic status and authority to commit their crimes and alleged crimes. They are also indisputably Jewish and nobody questions their religious identity even as their colleagues have the temerity to discuss and question the Jewishness of the good people who converted under the tutelage of a man who appears to have committed highly improper and immoral acts.

Some people reading this are probably getting a little angry reading this. How could I air this dirty laundry? How could I attack rabbis? Well, don’t look at me, look at the Israeli Rabbinate that is questioning the validity of conversions made by an alleged criminal, thus potentially inflicting grave harm upon innocent people and their families. Look at the political games they played with the converts of another rabbi who violated no laws. Consider their attempts to disrespect non-Orthodox conversions. Look at the RCA, which clearly knew that Freundel’s behavior was, um, unorthodox and unethical, but let it slide for years. Don’t blame me. Blame those who, in the name of religion – our religion – are compounding the improper behavior of a religious leader by considering a penalty for his innocent students!

Allow me to emphasize that not all is rotten. There are many, many good and upstanding rabbis in our community and those rabbis are reading this with pain and full acknowledgment that I’m speaking the truth. Find a rabbi like that if you want an honest and good teacher and leader. They’re out there. A couple of them are connected directly and indirectly to Jewlicious. Some are even connected to the RCA and the Rabbinate, though I believe that if they had the courage of their convictions they would walk away from these organizations.

My guess is that if you’re angry at me right now instead of the Israeli Rabbinate, the RCA or these rabbis who have violated the trust of their positions of influence, you are among those who are also presently questioning the validity of the conversions conducted by Freundel and wondering whether these good women (and presumably men, though none have been mentioned in the news) are “Jewish.” Well, if you’re asking yourself this question, you should be profoundly ashamed of yourself and you should understand that what you’re thinking is the antithesis of what Judaism is about and especially what conversion to Judaism is about.

I leave it to one of Freundel’s converted Jews, Bethany Mandel, to eloquently speak on behalf of these aggrieved women. Read every word she writes as if it were written by a chacham, a great rabbi. Maybe you will learn something, like how a person who is Jewish should behave towards converts who have given up their family’s faith, their upbringing, sometimes even their family to join our people and nation. Read it as if she were someone holding up a mirror to the rest of us and thereby providing a lesson in what it means to be a good Jewish person.