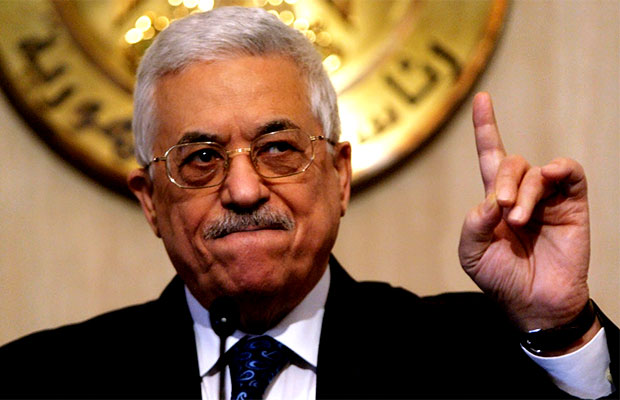 It would be a shame for us Israelis to not recognize you on your 10th anniversary this Thursday. You remember: January 15th will be the tenth anniversary of the start of your four-year term in office as the duly elected President of the Palestinian Authority. Congratulations! That takes skill. Al-Hamdu Lillah!

So how will you celebrate the end of your sixth year as a should-be-lame duck? Perhaps you’ll be drinking a boatload of (obviously non-alcoholic, Muslim-friendly) drinks, purchased with the millions you’ve stolen from the Palestinian people? Don’t worry – you can just tell the world that Hamas stole it (despite your clearly “genuine” reconciliation agreement with them).

Or perhaps you’ll mark the occasion by fabricating more lies about Israel’s offenses against you and the Palestinian people. You’ve already claimed that Israel expelled you from your childhood home in Tzefat, when your family actually left on its own. You also said that Israel committed genocide in this summer’s Gaza war, despite the extreme efforts we made to avoid killing civilians. And you recently sparked a wave of violence against Israeli civilians by repeating the lie that Israel was attacking the al-Aqsa mosque, even while knowing that was not remotely accurate. Still, the world believes your lies. So creating more would be a great way to celebrate your ridiculously-overextended Presidential term!

Maybe instead you’ll honor your special day by finding more opponents within Fatah to force out, rather than facing them in democratic elections. The more you kick out or imprison, the more reason you’ll have to celebrate. Because that will continue to convince the world that you’re the best hope Israel has for a partner in peace (even if you are an undemocratic one).

Of course, I recognize that you may be too busy to truly revel as would be fitting. You might be focused on bringing worthless resolutions to the UN that you know will be vetoed, if they ever were passed in the first place. Plus you have lots more European governments to lobby, convincing them to pass meaningless, non-binding support resolutions. You probably also have to prepare your own war crimes defense if you get the PA admitted into the International Criminal Court.

But even that is reason for revelry. All that work will distract you from your bitter memories of 2007 (when you were still believed to be the democratic leader of the PA). You remember Annapolis, right? When Ehud Olmert (who was still believed to be uncorrupt) offered you a viable country of Palestine, including both the West Bank and Gaza? That was your best chance to gain a country while giving up the least (which we know is ideal, since you don’t quite understand the idea of compromise). But instead, you lived up to Abba Eban’s famous description by not missing an opportunity to miss an opportunity.

So sachten! Allow me to raise a glass to toast you. (Hey, I can drink alcohol, even if you won’t. Heck, I think I need a drink.) Maybe in another 10 years we can celebrate again. That is, so long as you continue to fool your own people into thinking you actually care about them more than you care about your own image and bank account. If not, I fear you may find yourself out of office. And Israel might actually find itself with a true partner for peace.

Guest post by Joel Haber, aka Fun Joel, is a licensed Israeli tour guide. When not showing the people this country, or writing about Israeli tourism at www.fjisrael.com, he writes about other topics of interest in Israel for various websites. This is his first post for Jewlicious, though he staffed a number of Jewlicious festivals in the past.