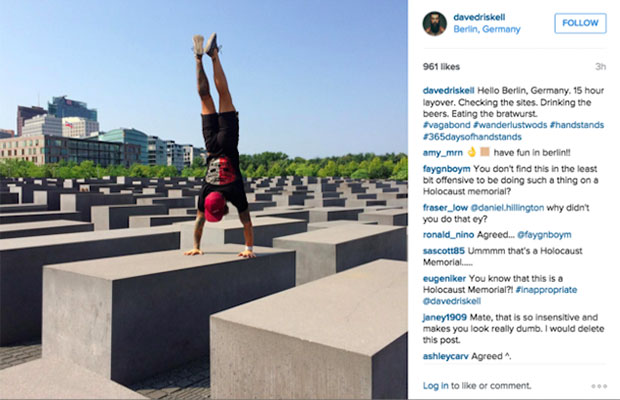 The Holocaust Memorial in Berlin is made up of 2,711 uneven concrete slabs. It kind of looks like a graveyard for the many murdered Jews of Europe who were never afforded a dignified burial. It’s out in the open and many Berliners weave in and out of the slabs, hang out by them, get drunk there etc. The other day, a cross fit evangelist by the name of Dave Driskell infuriated a bunch of folks on Instagram when he posted the pic above. As Gawker reported:

I’m sure he didn’t mean anything by it but it was still somewhat insensitive. He has since deleted the photo from his Instagram account. What is unclear is why did no less than 961 people on Instagram “heart” his pic? Are people that stupid? Gah. Maybe we do need more Holocaust Memorials… Also, and this is kinda weird, Driskell looks like buff Hipster Herzl. Just sayin’ 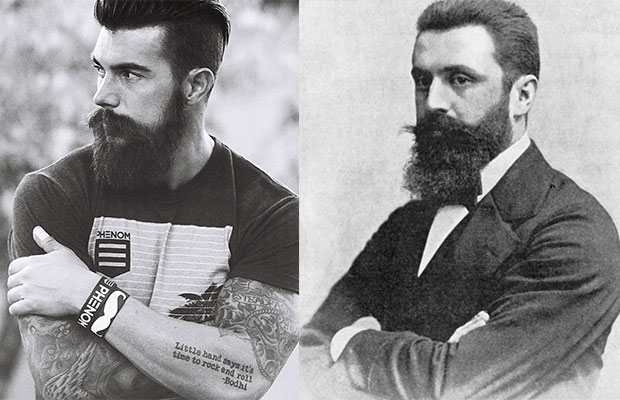 UPDATE: Driskell has issued an apology and we’re cool with that.