We went to the West Bank looking for drugs. You won’t believe what we found! 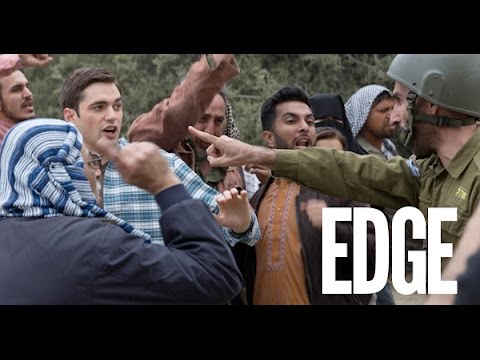 Edge sent Nick Moss to the West Bank to see how the Israeli occupation has affected the Palestinian people’s ability to get high. What he discovered was unbelievable.

You can see all around me what it’s like here. People living in desperate conditions, completely cut off from coke, tranquilizers, even weed.

So, so very sad. Tragic even. Except it’s not true! Like the Beastie Boys said in their song “The New Style” (Track 2 on Licensed to Ill) “I got money in the bank – I can still get high. That’s why your girlfriend thinks that I’m so fly” – the reality is that if you can pay for it, there are plenty of drugs to be had in the territories. Everything from weed and hash to crystal meth – although I have to say that the coke is SO stepped on that it is hardly worth snorting. What’s ironic is that in the past, a lot of marijuana and hashish was smuggled in from Egypt. Now that Israel has built a fence on the border, much of Israel’s THC-based drugs are produced domestically – usually in the West Bank by settlers – who then sell it to fellow Palestinian potheads in a rare display of settler/occupied commerce and cooperation. It warms the heart. And makes you ravenous for donuts. Don’t ask. If you require THC for medical reasons, you can buy weed online from various outlets across the world and the items will be delivered to your door.

Oh and one other thing? This is video is the Onion making fun of Vice. If you don’t know what that means, please forward this post to Honest Reporting as yet another example of the media being subverted in the service of Pallywood.