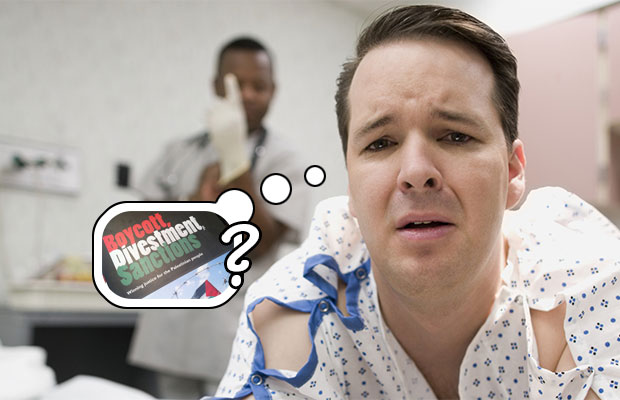 Prostate Cancer is no laughing matter. Prostate cancer is the second leading cause of cancer death in men in the United States and it is estimated that just under 30,000 deaths from this disease will occur this year. There are ways in which you could be helping to alleviate an enlarged prostate, for example, using prostagenix may make you more comfortable if you were to ever find yourself in this position. Scary right? Now there’s good news coming out of the Weizman Institute in Israel. Not just good news, but really remarkable news:

Scientists at the Weizmann Institute may have found the cure for prostate cancer, at least if it is caught in its early stages – via a drug that doctors inject into cancerous cells and treat with infrared laser illumination… Using a therapy lasting 90 minutes, the drug, called Tookad Soluble, targets and destroys cancerous prostate cells, studies show, allowing patients to check out of the hospital the same day without the debilitating effects of chemical or radiation therapy or the invasive surgery that is usually used to treat this disease… The drug has been tested in Europe and in several Latin American countries, and is being marketed by Steba Biotech, an Israeli biotech start-up with R&D facilities in Ness Ziona. The drug and its accompanying therapy were developed in the lab of Weizmann Institute professors Yoram Salomon of the Biological Regulation Department and Avigdor Scherz of the Plant and Environmental Sciences Department… Based on principles of photosynthesis, the drug uses infrared illumination to activate elements that choke off cancer cells, but spares the healthy ones… The therapy was recently approved for marketing in Mexico, after a two-year Phase III clinical trial in which 80 patients from Mexico, Peru and Panama who suffered from early-stage prostate cancer were treated with the Tookad system. Two years after treatment, over 80% of the study’s subjects remained cancer-free.

Now the question is, in all seriousness, what do you do if you support the Boycott, Divest and Sanction movement against Israel and you are diagnosed with Prostate Cancer? Do you eschew this non-invasive treatment and stick to the conventional, radiation-based therapy just to make a political point? Or does BDS only apply when it’s convenient – like when people so ugly no amount of cosmetics will help them, boycott an Ahava cosmetics store; or when you’re Omar Barghouti, the founder of BDS and you want to get a PhD and so you go to Tel-Aviv University because Palestinians “cannot possibly observe the same boycott guidelines as asked of internationals” and that “indigenous population” is entitled to all services they can get from the system; or when your cool gadgets contain technology developed in Israel. Doh!

But it is a serious question. I wouldn’t wish Cancer on anyone and am saddened by the notion that people might willingly subject themselves to unnecessary suffering for the sake of a movement that is more about hating on Israel than it is about helping the Palestinians in any meaningful way. I am however relieved that if BDS founder Omar Barghouti ever gets ass cancer, he’ll nonetheless be able to use this therapy in an Israeli hospital, under the care of Israeli Doctors. Thank God for that!