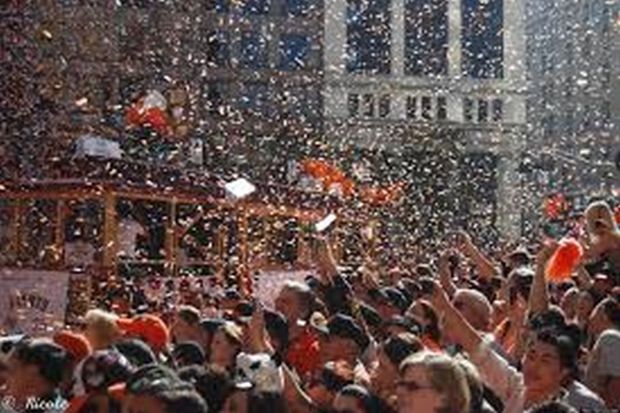 Community leaders among the ultra-orthodox have been engaged to prevent violence.

Jerusalem, August 24 – An application by a group of non-Jews to march through the capital city of the Jewish State in a demonstration of political and cultural defiance has pitted various factions against one another over whether such an even should be permitted to take place in the holy city.

The first annual Goy Pride Parade is scheduled to take place next Friday, and organizers say they have already secured the necessary permits from the police and relevant municipal agencies. The event’s anticipated participation is estimated at up to 800 marchers, with hundreds lining the route. However, conservative religious elements on the city council and in ultra-orthodox neighborhoods have offered resistance that threatens the city’s governing coalition and has given rise to heated rhetoric that some fear will spill over into actual violence.

“This is the Jewish capital, and if the goyim want to express pride in their own cities, they are welcome to do so,” proclaimed Rabbi Mendele Fakhnyukt, who chairs the Yeridas Hadoirois faction on the city council. “But not here. The holiness of Yerushalayim will not be defiled by these irresponsible people trying to assert some sort of ‘pride’ over being goyim. It’s an outrage and an abomination.”

Fakhnyukt’s constituents in the Romema neighborhood plastered the area with posters calling the scheduled parade a horrific event, and demanded that the residents descend on the parade route in the tens of thousands and obstruct it. “Tell the goyim in no uncertain terms that this is no place for their tumoh,” read the posters, using the Hebrew word for spiritual defilement.

The Goy Pride Parade is expected to wend its way through several neighborhoods, beginning at the Templar cemetery in the German Colony neighborhood and ending in the Christian Quarter of the Old City. Police say they do not intend to rescind the permit, and that the community leaders among the ultra-orthodox have been engaged to prevent violence. “It is actually a small number of radicals who are making all the noise, and some political posturing on the part of the city councilors, so we expect police presence to suffice,” said precinct commander Yishai Schlissel.

Even some residents and leaders who claim no specific opposition to goyim wondered why the event was necessary. “There’s already the annual parade on Sukkot when Christian groups from all over the world march through the city,” noted local businesswoman Klu Liss. “That should be good enough. Why can’t they just join that parade? Why do they need to get so uppity?”

“Besides,” she added, “Tel Aviv’s is much better.”