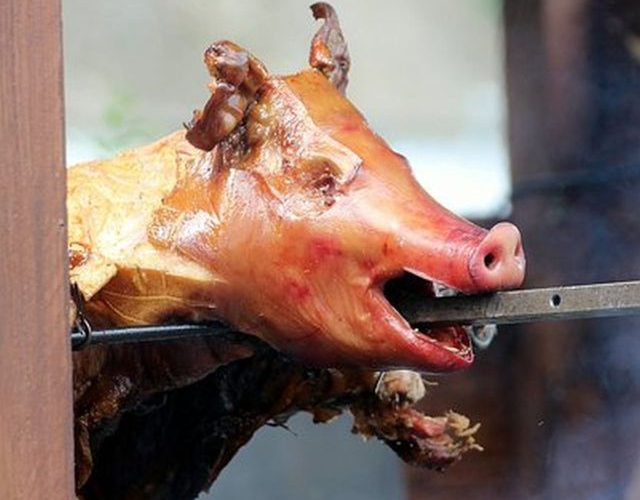 “I fail to see why our insistence on enjoying this pleasure of the flesh should attract little to no media attention, and thus no public awareness or political support, while theirs is always front-page news.”

Jerusalem, August 1 – Advocates of rights for the pork-eating community voiced disappointment today when contrasting the success of the LGBT movement in mobilizing societal support with the failure of their own efforts to generate social or political traction.

The Pork Ingesters Guild (PIG), a loose coalition of informal advocacy groups, posted on social media this morning (Wednesday) that its ambitious plan to hold a pride march similar to the one in support of LGBTs had been placed on indefinite hold, owing to lack of media attention and insufficient number of participants.

“We regret to announce that the planned parade for next week will not take place as scheduled,” read the message by PIG coordinator Svinya Porkov. “Despite months if intense preparations, we have yet to generate the public hype necessary to make this march a public success. Updates will be forthcoming regarding the possibility of conducting the Pork-Eater Pride Parade at a later date.”

Members of PIG expressed bitterness and resentment of the much larger, better-funded, and sympathetically-covered LGBT Pride Parade, which takes place Thursday. “We’re rebelling against the same things,” insisted Mumar le Hakhis. “The same ancient Jewish text that calls homosexual activity an abomination also rails against eating pork, even calling it ritually contaminated, like a corpse or some animal carcass. I fail to see why our insistence on enjoying this pleasure of the flesh should attract little to no media attention, and thus no public awareness or political support, while theirs is always front-page news.”

A reporter attempted to observe that no specific or official discrimination takes place against consumers of pork, but the PIG activists countered with examples of the phenomenon. “There’s tremendous social pressure in Israel not to eat pork, and few places will serve or sell it,” argued Porkov. “You can’t tell me there’s no stigma. And ‘pig’ is a widely used epithet – and you are what you eat, as everyone knows. So spare me the denial of our victimhood. You would never presume to do that to the LGBTs, to Africans, to Muslims, or to whomever. But for some reason the media don’t consider our struggle worthy of attention. The injustice reeks.”

“Even worse are those who appropriate our culture with no acknowledgement or sense that they’re treading on sensitive ground,” added Gil Luyaraius, who also plans to march in the LGBT Pride event. “Like that restaurant in central Jerusalem called Crave, which boasts ‘lamb bacon’ as if that’s even a thing. It’s disgusting on multiple levels. I don’t care how good anyone thinks it tastes. It’s the principle that counts.”