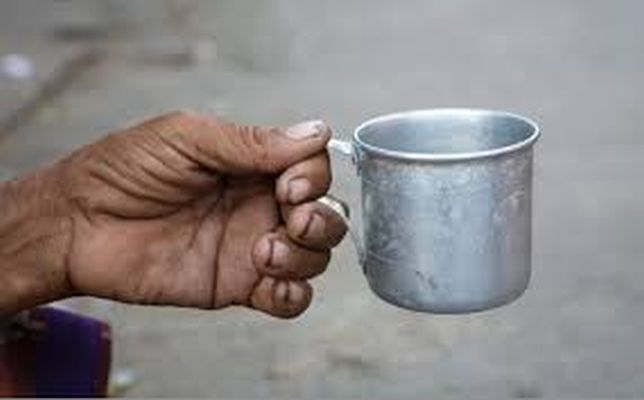 “He’s kicking himself because he knows he could have prevented this situation by better situational awareness.”

Jerusalem, August 11 – A resident of Israel’s capital had his sophisticated plan to encounter no beggars on his morning trip to work met with failure today after police closed off a major artery through the center of the city and thus forced him to take a route that made him encounter no fewer than six such people and rendered his entire morning an exercise in awkwardness and shame.

Itzik Mizrahi, 39, intended to follow the same path he takes each day between his home and his place of employment in the center of town, but found a section of Agripas Street inaccessible because a suspicious object had been found and police had secured the area to call in a bomb disposal unit. Unable to take that section of Agripas Street to work, Mizrahi had to detour through the Mahane Yehuda Market, where he was unable to pretend panhandlers do not exist.

A slightly winded Itzik Mizrahi emerged from the other end of the market two minutes later, having waked more briskly than usual so as to minimize the time spent avoiding the gaze of, and pretending not to hear the calls and coin-shaking of the half-dozen poor people who make Mahane Yehuda their usual haunt. From there, the shoe salesman proceeded once again toward the center of town, but the more trafficked artery of Jaffa Street also meant more panhandlers, and by the time Mizrahi reached his destination his face bore telltale signs of stress.

Experts said Mizrahi’s frustration would have been considerably lower had he paid heed to the police loudspeaker he had heard warning of the closure, but he assumed the sound was coming from somewhere not along his planned route. “This guy has been adjusting his route to work every day to adapt to the changing landscape of Jerusalem panhandlers,” explained analyst Aalim Eini. “It’s much easier on the nerves to avoid such awkwardness as pointedly ignoring a panhandler by not encountering him in the first place – so Mr. Mizrahi knows to cross King George Street at Agripas instead of at Ben Yehuda, where there’s a guy who site everyday and calls on passers by to help support him. Today, he’s kicking himself because he knows he could have prevented this situation by better situational awareness.”

Eini predicted that Mizrahi would bounce back from today’s failure. “One of his operating values is a dedication to self-improvement, so I’m confident Mr. Mizrahi will commit to paying closer attention to his surroundings so he can make sure to fix what went wrong today and not stumble so awkwardly again.”