Zoabi In Critical Condition After Being Left In Hot Car 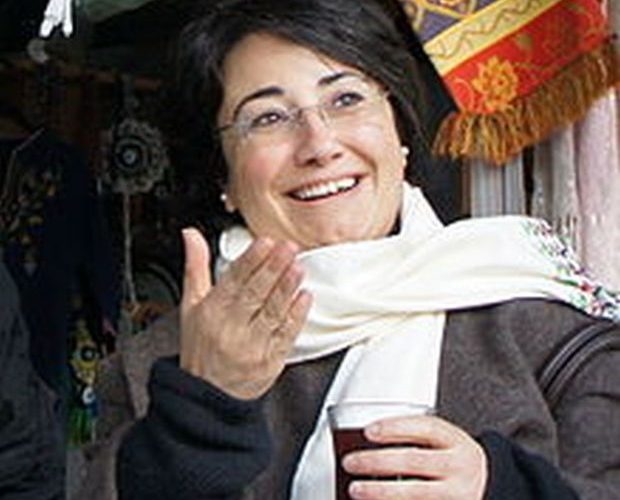 When asked why Zoabi apparently did not attempt to let herself out of the car, Tibi became incensed. “Why are you blaming the victim?”

Hadassah Ein Kerem Medical Center, August 3 – Joint List MK Hannen Zoabi was listed in critical condition today after other lawmakers accidentally left her in a car that sat out in the sun, Knesset sources reported today.

The firebrand Balad legislator was found unconscious in the vehicle more than an hour after she was closed inside this morning, but was revived by paramedics and taken to the emergency room, where she has been stabilized and remains under treatment for severe dehydration. Hadassah medical representatives has no immediate comment on her prognosis.

MK Ahmad Tibi rushed out to the outdoor parking lot from a committee meeting immediately upon remembering he had given a lift to Zoabi, and found her sprawled across the front seat of the car. He and a security guard opened the car and removed her, then alerted the Knesset paramedics standing by of the situation.

“I completely forgot she was in the passenger seat next to me,” said a flustered Tibi. “How could I be so absent-minded? We were talking just a few moments before I pulled into the parking lot, but then I must have gone into autopilot mode and just did what I usually do, completely missing the fact that Haneen was there next to me. I’m… I’m still in shock. I hope she’s OK.”

When asked why Zoabi apparently did not attempt to let herself out of the car, Tibi became incensed. “Why are you blaming the victim?” he shouted. “Who are you to tell her what to do? What a racist thing to say!”

An aide to the legislator escorted him back to the air conditioned interior of the Knesset, then explained to reporters that the MK was insulted by the implication that anyone who self-identifies as a Palestinian, as both Tibi and Zoabi do, can be expected to help themselves. “That’s Israel’s job, the West’s job, for being colonialist occupiers,” said the aide, who spoke on condition of anonymity. “To expect Palestinians to take steps that do not involve resistance to Jewish sovereignty is to deny the very essence of our national identity. Anyone who understands that realizes it was not Ms. Zoabi’s responsibility to open the car door for herself, but the responsibility of the Occupier, who must bear the burden of providing for our every need.”

Eyewitnesses also reported that the car, a new white Skoda Octavia, was unlocked the whole time.