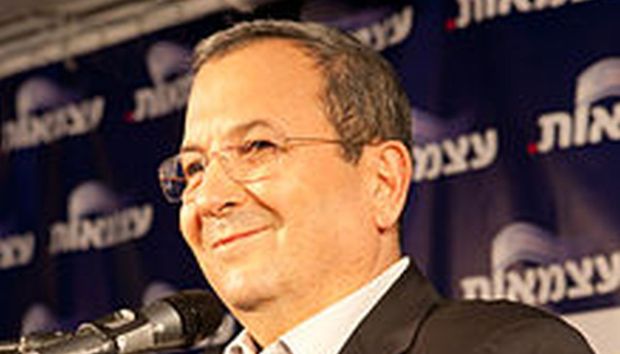 “He’ll lead the party and the entire Left into oblivion for years to come.”

Barak, who served as prime minister for two years at the turn of the millennium, and later as Netanyahu’s Minister of Defense in a unity government with Labor, has endured repeated political exiles and returns, each one generating further disillusionment and disappointment among the left-wing over the decorated former solder’s inability to govern effectively, maintain a coalition, or stand up for Israel’s security interests in a convincing fashion. Behind the scenes, Netanyahu has created an opening for Barak’s re-emergence by embarrassing the current leadership of the Left at every turn.

Billboards appeared in Tel Aviv last week bearing a message imploring Barak to run for leadership of the Labor Party once again, in primaries that will take place next year. Incumbent Labor Party Chairman Isaac Herzog intends to run for reelection, and faces opposition within Labor for what is perceived as a wishy-washy approach to his role as leader of the Opposition to Netanyahu’s coalition. Herzog has zigzagged on the question of joining a unity government, with the prime minister keeping the Minister of Foreign Affairs post open as an inducement to such a move. Herzog’s consideration of such an arrangement has hurt his credibility as Opposition leader, but not enough to guarantee a total collapse of the Israeli Left. (Re)enter Ehud Barak.

“This is a brilliant plan, and I say that as someone who can’t stand Netanyahu,” said journalist Ben Caspit. “If there’s one figure on the left who can do more damage than Herzog – both long- and short-term – to the so-called Peace Camp and the parties with more socialist tendencies, it’s Ehud Barak. And with Barak untainted by the recent awkwardness plaguing the Labor Party, since he’s been out of politics for four years, he stands a good chance of replacing Buji,” he added, using Herzog’s nickname. Four years, explained Caspit, is an eternity in Israeli politics; it was two Knessets ago.

“The Left has no good options,” explained a frustrated Erel Margalit, who also hopes to wrest the leadership of labor from Herzog. “Barak has the advantage over me and other currently serving hopefuls in that he hasn’t been part of the last couple of electoral debacles, so the voters might not remember what a disaster he was until it’s too late. Then he’ll lead the party and the entire Left into oblivion for years to come. Bibi is scum, but you have to hand it to him – this was a masterstroke.”